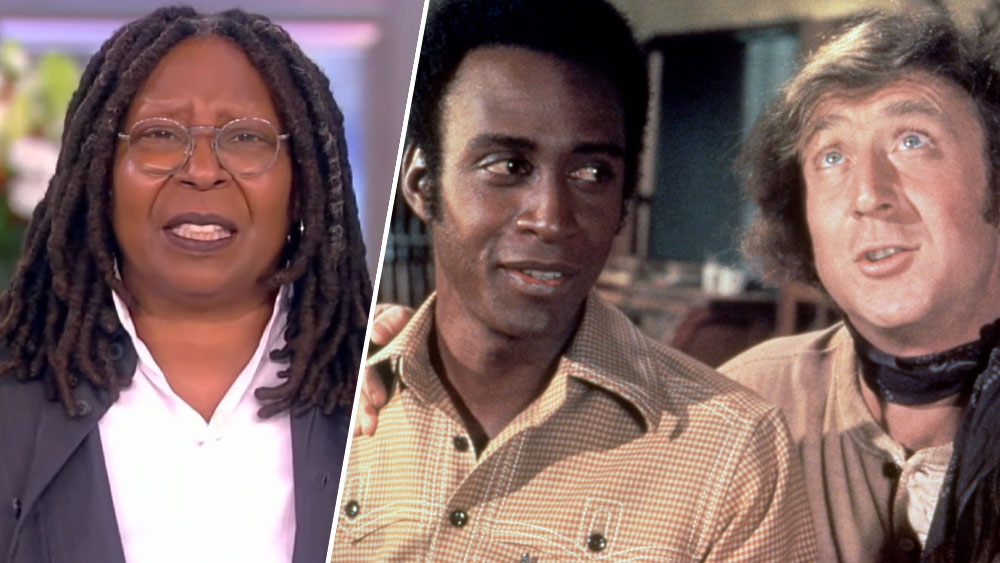 Whoopi Goldberg is defending Blazing Saddles from criticism that it’s a racist movie.

The backlash over the film was brought to the “Hot Topics” table following Mindy Kaling saying that The Office couldn’t be made today because the characters are too “inappropriate.”

The Mel Brooks 1974 satirical western comedy stars Cleavon Little and Gene Wilder and it’s about a politician that hires a Black sheriff to oversee a problematic village. The View’s moderator pushed back on the claims that the film was racist.

“It deals with racism by coming at it right, straight, out front, making you think and laugh about it,” she said. “It’s not just racism, it’s all the isms, he hits all the isms.”

Goldberg continued, “Blazing Saddles, because it’s a great comedy, would still go over today. There are a lot of comedies that are not good, OK? We’re just going to say that. That’s not one of them. Blazing Saddles is one of the greatest because it hits everybody.”

The Oscar winner advised fellow cohost Sunny Hostin to do herself a favor and watch the film as she had never seen it before.

Later on in the debate Goldberg added, “Leave my Blazing Saddles alone, don’t make me come for you.”

Sarah Haines advocated for “a sacred space for comedians” as “laughing is literally the ultimate medicine for life and all that it brings, the inevitable suffering.”

Haines continued, “If we cannot leave comedians alone, if they stop pushing the boundaries, they’re going to step in it and they’re going to step over it. And it’s OK to have those conversations when that happens but that is one area where you need to leave it alone because they’re equal opportunity offenders and we’re all going to be on the receiving end.”