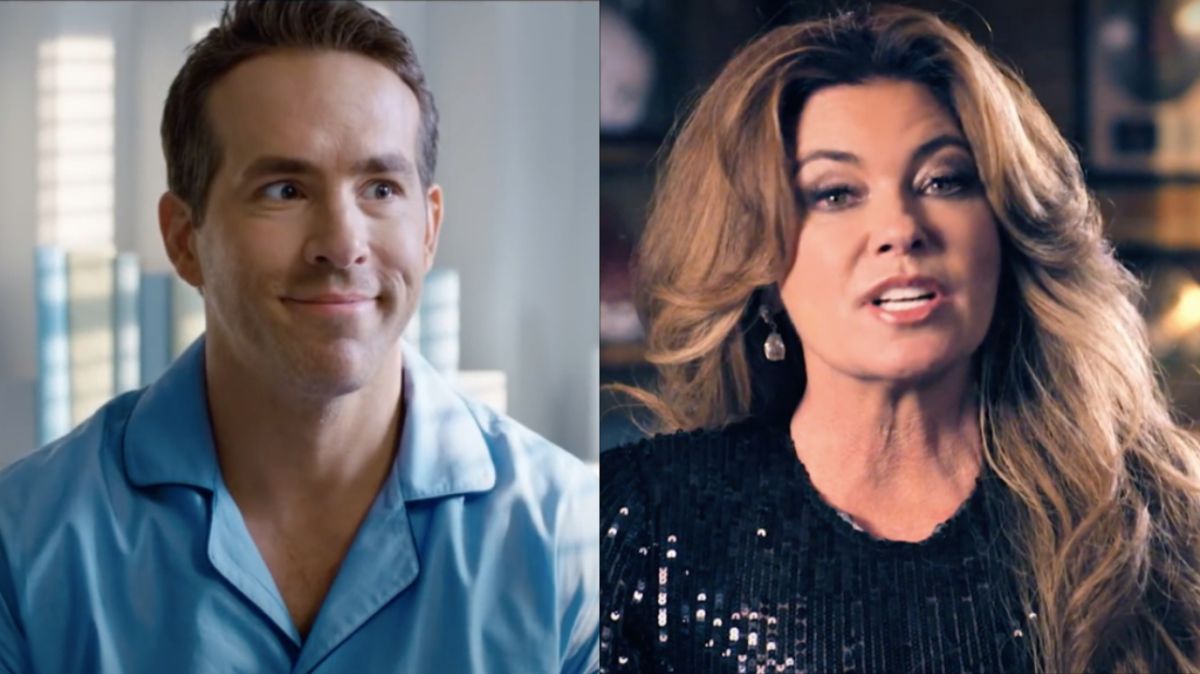 Ryan Reynolds is a fan of pop princesses. He famously used the song “Fantasy” by Mariah Carey in the promotional material for his 2019 film Free Guy, and is a longtime pal of Taylor Swift. Now he can increase his association with pop icons after an incredible and cheeky performance by Shania Twain at the People’s Choice Awards. She mentioned his name in one of her songs, and his reaction was delightful and hilarious.

During the awards show, Twain performed her mega country-pop hit, “That Don’t Impress Me Much.” The song is about not being impressed by men who try to show off for the singer. In the original song, Twain jokingly name-drops Brad Pitt, as a handsome man she is not impressed by. When she performed the song this week, she changed the “Brad Pitt” lyric to Ryan Reynolds. The camera pans to the actor who is startled by the mention, seems to say “What? Me?” and then laughs. You can check out the hilarious clip from the performance below.

Reynolds later took to Twitter to express his love for the singer, and say how honored he was to have Twain mention his name in her performance. He proclaimed:

The Spirited actor is ever the gentleman, and clearly respects Twain and her work. This is an incredibly cute interaction and I hope these two find a way to work together in the future. Taylor Swift is famously a fan of Twain’s as well, so maybe the duo can go on stage during Swift’s Eras Tour. Swift has had a slew of famous guests on her tours before (singers or otherwise), so this isn’t completely out of the question. I would also love to see “Man I Feel Like A Woman” be the potential song for the upcoming Deadpool 3. Now that would truly be iconic.

While Shania Twain isn’t impressed by Reynolds, there are several reasons his fans should be. He has become one of the most in demand working actors. His latest film, Spirited, is quickly becoming a holiday favorite. Along with Deadpool 3, he is also starring alongside Steve Carrell in John Krasinski’s next directing project, IF. Clearly the actor is very very busy. He may not be a multi-Grammy Award winning singer like Twain, but Reynolds is certainly a star.

You can catch Ryan Reynolds in Spirited, which is currently streaming for AppleTV+ subscribers. In addition, fans of Shania Twain like Reynolds should check out the documentary Shania Twain: Not Like A Girl. The film chronicles the singer’s career and can be streamed with a Netflix subscription. For more information on movies coming to streaming this year, make sure to consult CinemaBlend’s 2022 movie release schedule.

We’re All Alright: The Fate of That ’90s Show Revealed
Why Seth Rogen Has Zero Interest in a Freaks and Geeks Reboot
Watch Top Gun: Maverick’s Miles Teller Dance With His Dog (Sadly Not Shirtless) For A Super Bowl Commercial
Knock at the Cabin Movie Clip – Eric Ask Andrew What He Thinks Happened (2023)
‘Batman II’, James Gunn’s ‘Superman: Legacy’ Get Release Dates As DC Plan Revealed