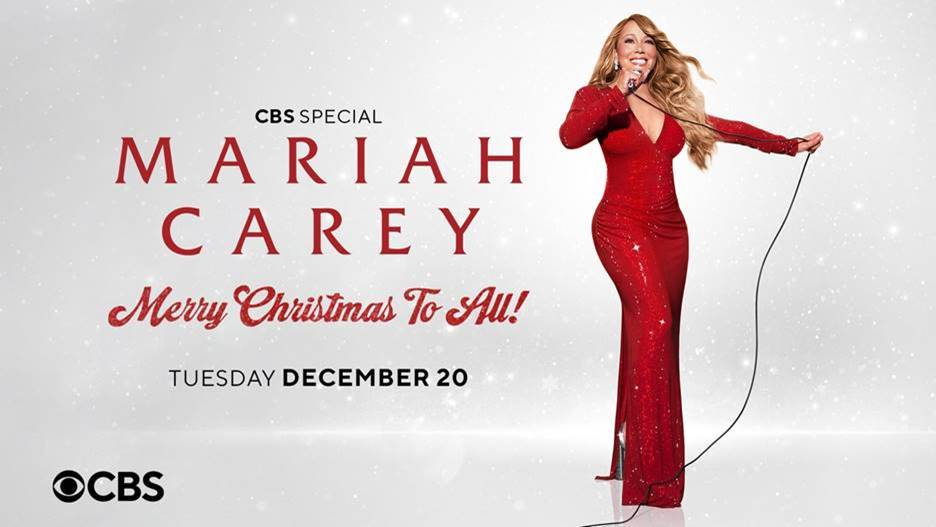 The Queen of Christmas is back with a two-hour primetime concert special next month.

CBS will present Mariah Carey: Merry Christmas to All! on Tuesday, Dec. 20 from 8:00-10:00 PM, ET/PT). The show will also be available to stream live and on demand on Paramount+. tHE DATE WAS ANNOUNCED ON cbs mORNINGS TODAY.

Filmed in New York City at Madison Square Garden arena, the concert special will feature the singer-songwriter performing a repertoire of her festive holiday hits, including the perennial favorite, “All I Want for Christmas Is You.”

MTV will offer additional opportunities to view the special after the CBS broadcast.

Carey is the best-selling female artist of all-time, with more than 200 million albums sold to-date and 19 Billboard Hot 100 #1 singles. She is also an inductee to the Songwriters Hall of Fame, and has been recognized with multiple Grammy Awards, numerous American Music Awards, three Guinness World Record titles, both Billboard’s Artist of the Decade and Icon awards, the World Music Award for World’s Best Selling Female Artist of the Millennium, the Ivor Novello Award for PRS for Music Special International Award and BMI’s Icon Award for her outstanding achievements in songwriting.