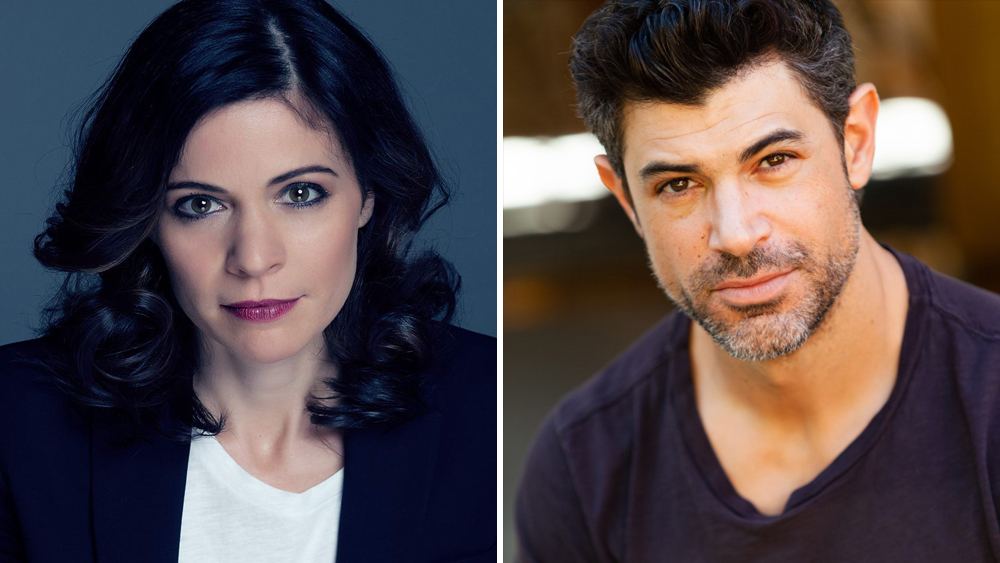 Written by Batwoman trio of Chad Fiveash, James Stoteraux and Natalie Abrams, Gotham Knights picks up in the aftermath of Bruce Wayne’s murder, with his rebellious adopted son forging an unlikely alliance with the children of Batman’s enemies when they are all framed for killing the Caped Crusader. As the city’s most wanted criminals, this renegade band of misfits must fight to clear their names. But in a Gotham with no Dark Knight to protect it, the city descends into the most dangerous it’s ever been. However, hope comes from the most unexpected of places as this team of mismatched fugitives will become its next generation of saviors known as the Gotham Knights.

Dayoub’s Lincoln March is a charismatic, self-made industrialist with designs on becoming Gotham’s next mayor, the only thing more important to Lincoln than his legacy is the power he wields as one of the city’s elite.

Old-money elegant, Stamile’s Rebecca plays the dutiful “Good Wife” to her business mogul husband. A caring and supportive mother, one would never know she’s trapped in an unhappy marriage.

“We are absolutely thrilled to add Lauren and Damon to our already stellar cast,” said showrunners/executive producers Fiveash and Stoteraux and co-executive producer Abrams in a statement. “It’s very fitting for their characters in particular to join our world of Gotham. And while fans of the comics may recognize Lincoln’s name, they should expect some twists in the stories to come.”

Stamile, perhaps best known for her series regular role on USA’s Complications, also has recurred on NBC’s Blindspot and Chicago Fire, ABC’s Greys Anatomy and Scandal as well as Fox’s 9-1-1. She is repped by A3 Artists Agency and Vault Entertainment.

Dayoub is known for his role as Detective Quincy Fisher on all three seasons of Freeform’s Stitchers. His other credits include recurring roles on Monarch, Chicago Fire, NCIS, and Grace & Frankie. He’s repped by TalentWorks and Pop Art Management.