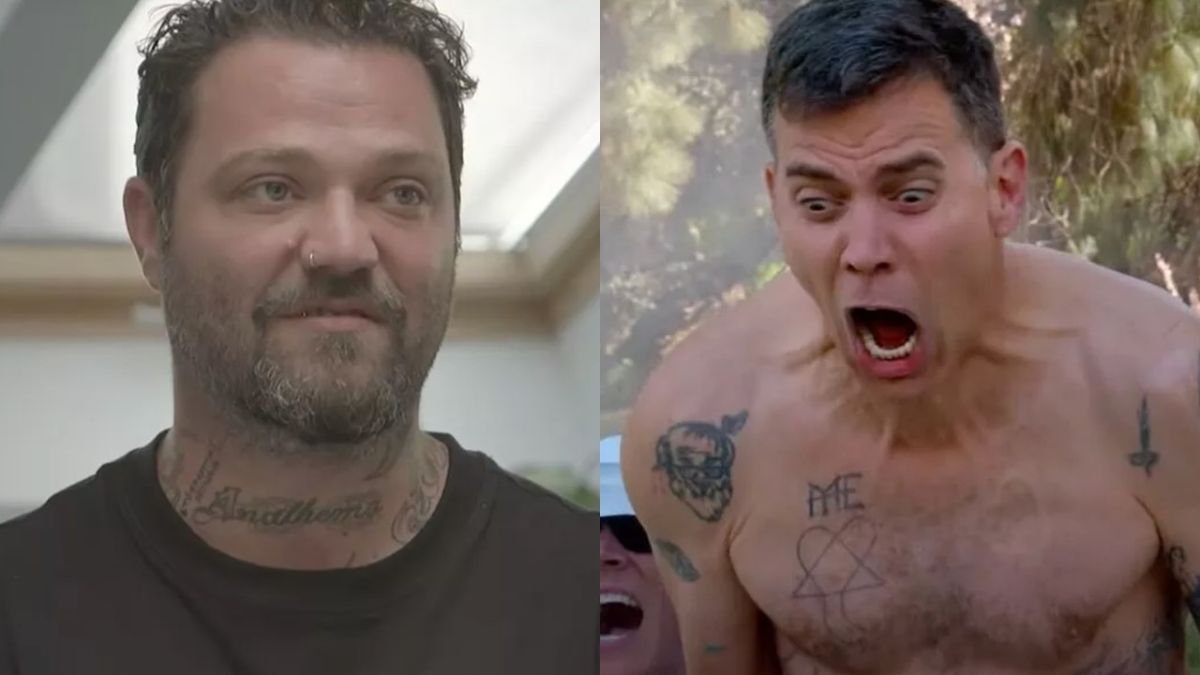 The Jackass gang has pretty much always seemingly been tight — and they’d pretty much have to be to be, given what they do. They’ve inflicted such devastating pranks on each other (and themselves) dating back to the original show, which ran in the early 2000s. Of course, that team dynamic may have changed amid production on Jackass Forever. Ahead of the movie’s premiere, Bam Margera filed a lawsuit against some of his collaborators, on the grounds that he was unreasonably dismissed from the movie. Now that the lawsuit drama has settled down, Steve-O is opening up about his relationship with Margera.

Bam Margera has been going through a lot these last few years, especially with his addiction struggles and rehab stints making headlines as of late. This is something that Stephen “Steve-O” Glover has experience with, though he has now been sober for well over a decade. That dedication to maintaining sobriety even prompted Glover to forgo any pain medication for the many serious injuries he’s sustained in his stuntman career. Margera also went without pain meds when sustaining a skateboarding injury recently for the same reason.

The Jackass alums’ long history and similar struggles would naturally create a tight bond been them. And that’s is something that came up when Stephen Glover spoke with People while promoting his new book, A Hard Kick in the Nuts: What I’ve Learned From a Lifetime of Terrible Decisions. During the conversation, Glover addressed the seemingly contentious lawsuit and stated that despite that, he and has old buddy are still on good terms:

Bam Margera and Steve-O have been working together and getting their asses kicked together for around two decades now, so they’ve definitely been through a lot. Even though things may have appeared a little rocky between them more recently, that’s a bond that apparently can’t be broken. For Steve-O, that apparently goes for all of the Jackass crew, too.

During the same interview, he went on to explain that the cast is relatively drama-free, despite the lawsuit and his short-lived feud Johnny Knoxville. Of course, the only exception there would be Bam Margera. Here’s what the author and stuntman says about his friends, exactly:

So even though Bam Margera may be the “outlier” these days, that doesn’t seem to have affected the amount of love his longtime buddy has for him. Their relationship appears to be one that has lasted through thick and thin so far and could further survive any kind of trial or tribulation, including a lawsuit.

As for Steve-O, he seems to be reveling in his professional and personal lives. Aside from having dropped his recently new novel, he’s also in the midst of his own personal stunt tour. The “Bucket List” tour sees him traveling the country and performing stunts that even Jackass wouldn’t allow him to do. (I don’t know whether to be excited or nervous.) While it looks like he’s doing things solo for now, one can still hope that he and Bam Margera find a way to collaborate on some kind of project down the road.

Until then, check out Jackass Forever and other installments in the film series by streaming them with a Paramount+ subscription.