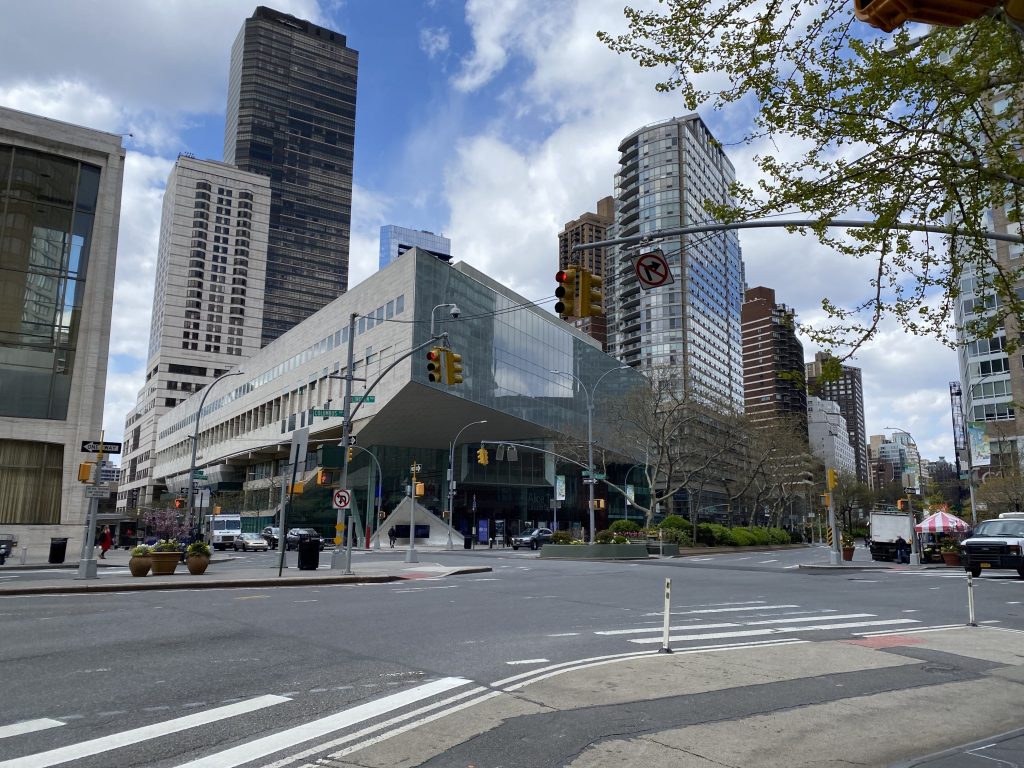 Dennis Lim, the artistic director of the New York Film Festival, has a confession.

“I hate ‘back to normal’ as a phrase and as a concept,” he said with a chuckle. For the festival, however, the 60th edition kicking off tonight with White Noise “does feel kind of close to the experience we know. We’re at pre-pandemic levels of attendance, almost every filmmaker coming to present their work. It will hopefully feel like a welcome return to familiar things but with a lot of fresh aspects as well.”

In 2020, while Cannes, Telluride and others opted to cancel their events due to Covid, New York managed to pull off a mostly virtual edition with online and drive-in screenings. Last year, while auditoriums were once again allowed to be 100% full, vaccines were still rolling out, travel restrictions were tight and many filmgoers were not yet comfortable being back in theaters.

Lim’s colleague, Eugene Hernandez, who was named executive director of NYFF last March, is be moving on to lead Sundance after this year’s NYFF wraps on October 19. Reflecting on the milestone 60th year and the capstone of his 12-year run with Film at Lincoln center, he describes it as a “culmination” of the “arc of the work we’ve been trying to do.”

The main lessons from the grueling pandemic experience were “patience and persistence,” Hernandez said. “The biggest things we’ve learned have been trying to push forward with the mission and stay true to it.”

There are welcome signs of progress in terms of the financial underpinnings required of any large-scale event. Corporate sponsor support is reported to be at an all-time high, and ticket sales are at record levels, according to festival organizers.

Elegance Bratton’s narrative debut, The Inspection, will close the fest and Laura Poitras’ documentary All the Beauty and the Bloodshed is the Centerpiece entry. James Gray’s Armageddon Time will be the NYFF 60th anniversary screening event, saluting the enduring spirit of the city and the festival. This latest work, like Gray’s previous films We Own the Night, The Yards and Two Lovers, tapped the filmmaker’s New York City roots and upbringing in Flushing, Queens, but in more personal and autobiographical detail this time.

While it has a different energy than other fall festivals — in particular, its lack of a jury or prizes and minimal acquisitions activity — New York has long won a devoted following among New Yorkers. Importantly, a cadre of directors and other industry influencers grew up with the festival and still revere its place on the fall calendar. One seasoned marketer who’s been attending for years characterized it as a major industry community event rather unlike any other, with a black-tie opening night screening and party affectionately known as “the prom.”

The sensibility and programming approach of the festival have remained remarkably consistent heading into Decade No. 7. Artistic Director Dennis Lim called the lineup for the very first New York fest “insane,” with opening night featuring Luis Buñuel’s The Exterminating Angel and other slots filled by Bresson, Ozu, Polanski and other directors working “at the peak of their powers.” The festival’s initial editions were joint ventures between Lincoln Center and the Museum of Modern Art, an institutional collaboration that endures via the annual New Directors/New Films Festival each spring.

Even before the pandemic, NYFF had been working to streamline its lineup to create four sections: the Main Slate (with 32 films this time); Spotlight; Currents; and Revivals. A series of talks is also a key element.

While the three galas (Opening Night, Centerpiece and Closing Night) are not world premieres, a number of festival selections will be. Maria Schrader’s She Said, scheduled for a November commercial release by Universal, is based on the book by New York Times investigative journalists Jodi Kantor and Megan Twohey, whose dogged work uncovered decades of sexual harassment and assault by Hollywood producer Harvey Weinstein. Zoe Kazan and Carey Mulligan play the journos whose efforts would ultimately help ignite the #MeToo movement.

For Till, due out October 14 via United Artists, director Chinonye Chukwu (whose film Clemency won the Dramatic Grand Jury Prize at Sundance) travels back to the 1950s to tell the story of Mamie Till-Mobley. The Chicago woman’s son, Emmett Till, was lynched while visiting cousins in Mississippi, and his body became an indelible image of the horrors of American racism. The cast includes Danielle Deadwyler as Mamie, as well as Jalyn Hall, Frankie Faison, Haley Bennett, and Whoopi Goldberg.

And in Personality Crisis: One Night Only, Martin Scorsese and co-director David Tedeschi turn the camera on a beloved New York institution, David Johansen. The Staten Island native is equally celebrated as the lead singer-songwriter of the androgynous ’70s glam-punk groundbreakers The New York Dolls and for his complete reinvention as hepcat lounge lizard Buster Poindexter in the ’80s. Other world premieres at the fest include James Ivory’s documentary A Cooler Climate and the Elvis Mitchell doc Is That Black Enough For You?!?

As part of its celebration of the 60th edition, the cultural event known for cultivating a geographically specific atmospher in and around Lincoln Center will for the first time offer screenings in all five boroughs of New York City. The festival teamed with Alamo Drafthouse Cinema in Staten Island; the Brooklyn Academy of Music; the Bronx Museum of the Arts; Maysles Documentary Center in Harlem; and the Museum of the Moving Image in Queens for a range of “off-campus” offerings.

“For 60 years, the festival has been a destination, and it has had an amazing home all these years at Lincoln Center,” Hernandez said. “But taking the festival off campus opens up so many great opportunities.”

Film at Lincoln Center, the year-round organization that puts on the festival, has deliberately “linked arms” with arthouse exhibitors, Hernandez said. “It’s been so hard to run an arthouse for the past two years.” The initiatives with BAM and other film venues across the city “lay the foundation for how a festival can continue to connect with New York.”

Lim said his experiences over the past several months have left him “fairly optimistic about the state of arthouse exhibition. It’s not all doom and gloom. People still want those communal experiences.”