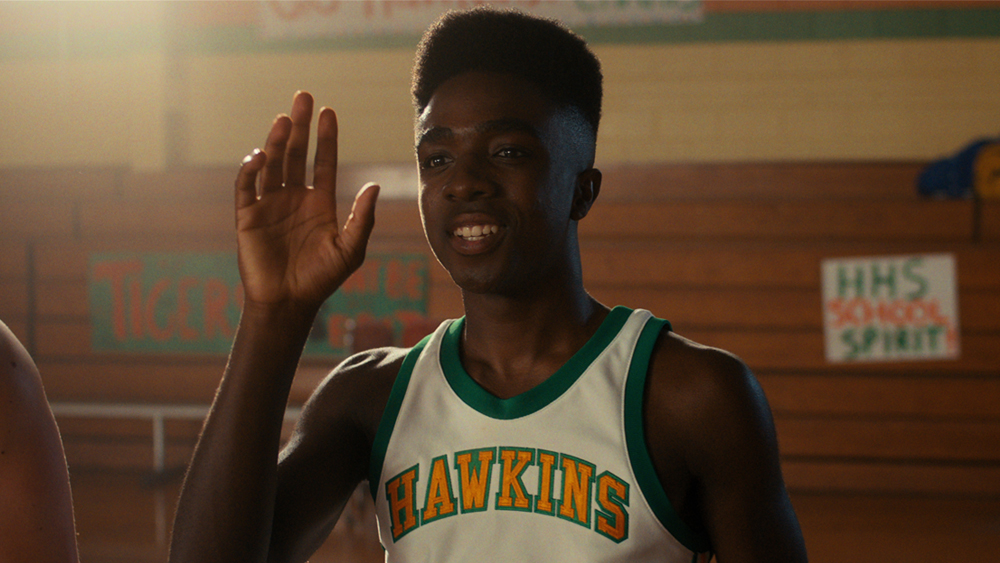 Caleb McLaughlin is opening up his experience with fame following the worldwide success of Stranger Things. The actor has played the role of Lucas Sinclair in the Netflix series since the age of 14 and recently recalled racism from some fans.

“It definitely took a toll on me as a younger kid,” he said in a video shared on Twitter by a Heroes Comic Con attendee.

“My very first Comic-Con, some people didn’t stand in my line because I was Black,” he added. “Some people told me, ‘Oh I didn’t want to be in your line because you were mean to Eleven.’ Even now some people don’t follow me or don’t support me because I’m Black. Sometimes overseas you feel the racism, you feel the bigotry. Sometimes it’s hard to talk about and for people to understand, but when I was younger it definitely affected me a lot.”

here’s caleb talking about how he had to deal with racism just because he was “the black kid who was mean to eleven in season 1” and felt like it was important to share his thoughts on that 🙂 #StrangerThings #TUDUM #CalebMcLaughlin @HComicConBE pic.twitter.com/JZoXS9aaBW

McLaughlin, who is now 20, is one of the core cast members since the beginning sharing his rise to stardom among co-stars like Finn Wolfhard (Mike), Gaten Matarazzo (Dustin), Noah Schnapp (Will) and Millie Bobby Brown (Eleven). He also mentioned that he questioned why he was the “least favorite” and why he had “the least amount of followers” on social media despite being “on the same show as everybody from Season 1.”

“My parents had to be like, ‘It’s a sad truth, but it’s because you’re the Black child on the show… Because I was born with this beautiful chocolate skin, I’m not loved. But that’s why with my platform I want to spread positivity and love because I do not give hate back to people who give hate to me,” he said.

McLaughlin is set to return to Stranger Things for the fifth and final season.