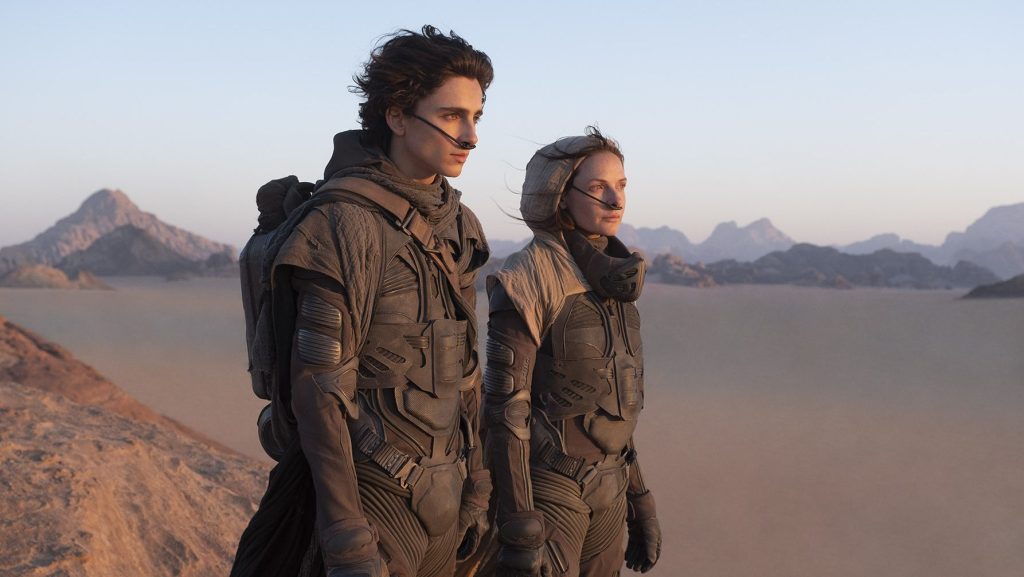 That figure bests the pre-pandemic take of Villeneuve’s previous sci-fi spectacle, Blade Runner 2049 in 2017 which saw $3.5M from 7PM showtimes on its way to a $12.5M Friday and $32.8M opening, the director’s best domestic opening. Tracking estimates for Dune are in the $30M-$35M. Advance ticket sales indicate a number much higher, but we’ll need today and into Saturday to see how front-loaded business is as these day-and-date films have a tendency to bring the fans out first, before the general audience decides that they’re not going to the cinema. Dune‘s Thursday also beats the $4.1M made by Warner Bros/HBO Max’s The Suicide Squad which began previews at 7PM and turned in a $12.1M Friday, and $26.2M opening weekend; the second-best for an R-rated movie during the pandemic. Dune‘s Thursday also bests the previews of Halloween Kills which did $4.85M. That R-rated movie was available day-and-date on the subscriber paid tier of Peacock, but that didn’t seem to dilute the box office as it posted a $22.8M Friday, $49.4M opening weekend. It’s a different case with Dune and HBO Max since the service has a bigger penetration than Peacock.

The movie, which has 73 minutes shot in Imax cameras, is overperforming in the large format exhibitor’s auditoriums, driving 30% of last night’s box office. Note, in Canada, Dune is on a pure theatrical window since the country doesn’t have HBO Max yet.

Abroad, 17 Imax screens in South Korea delivered 21% of opening day grosses on Wednesday, compared with 5-6% for Shang-Chi and No Time to Die.

Last weekend, 37 IMAX screens in Japan yielded 37% of the opening weekend total, compared with 16% for Bond 25.

Early word in China today, Friday, is that Imax screens rep 21% of the opening day total for Dune.