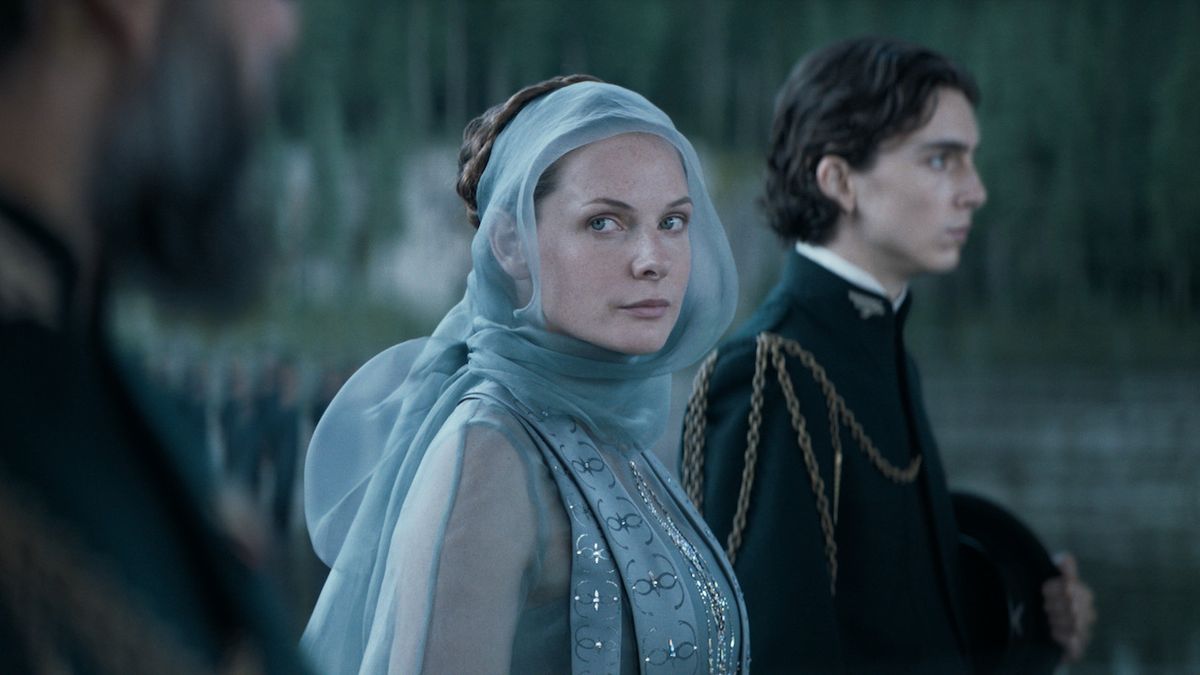 Denis Villeneuve’s Dune finally arrives in theaters and on HBO Max stateside today, but unlike David Lynch’s Dune movie from 1984, this version only adapts the first half of Frank Herbert’s original novel rather than the entire tome. So naturally a sequel would chronicle the latter half, but there’s been no official announcement yet about Dune 2 happening. That said, an enigmatic statement from WarnerMedia Studios and Networks Chair and CEO Ann Sarnoff possibly indicates there’s added hope for the sequel bring brought to life.

Back in August, Denis Villeneuve said he was “optimistic” about Dune 2 happening, saying that Warner Bros. and Legendary were “100 percent behind” Dune and reportedly felt the movie “would need a really bad outcome at the box office” for a sequel not to be made. But that’s not the same as getting an official green light, yet here’s what Ann Sarnoff said when Deadline asked if Dune 2 is happening:

What a curious statement. On the one hand, Ann Sarnoff may simply be alluding to how Denis Villeneuve’s Dune movie is only covering the first half of its source material. So because it ends at a different place than where the original Dune story wraps up, perhaps Sarnoff is saying that the stage is set for this sci-fi world to be revisited at some point. On the other hand, what if Sarnoff’s tease is something more direct, like she’s hinting at Dune ending with a message like “To be continued…”?

Moviegoers who decide to check out Dune in theaters or on HBO Max starting tonight will learn soon enough if such a message is tacked onto the end of the movie. That said, let’s not forget that at the IMAX screening of Dune’s first 10 minutes this past summer, the movie was referred to as Dune: Part One, indicating that Warner Bros. was at least considering Part Two, if not moving forward with it. Again though, officially speaking, Dune 2 isn’t a sure thing just yet, but as things stand now, the likelihood of it happening certainly seems stronger than not. Whether Dune 2 would also get a $165 million budget like its predecessor reportedly received is another matter entirely.

Denis Villeneuve’s Dune boasts an ensemble cast that includes Timothée Chalamet, Rebecca Ferguson, Oscar Isaac, Stellan Skarsgård, Zendaya, Javier Bardem, Josh Brolin Dave Bautista and Jason Momoa. The movie has been met with primarily positive reception (ranking at 85% among critics on Rotten Tomatoes), and has already collected over $129 million globally from overseas showings. Along with the potential Dune 2, there’s also a spinoff series in the works for HBO Max called Dune: The Sisterhood.

Stay tuned to CinemaBlend for more news Dune-related news, and learn what movies are left to arrive this year in our 2021 release schedule.