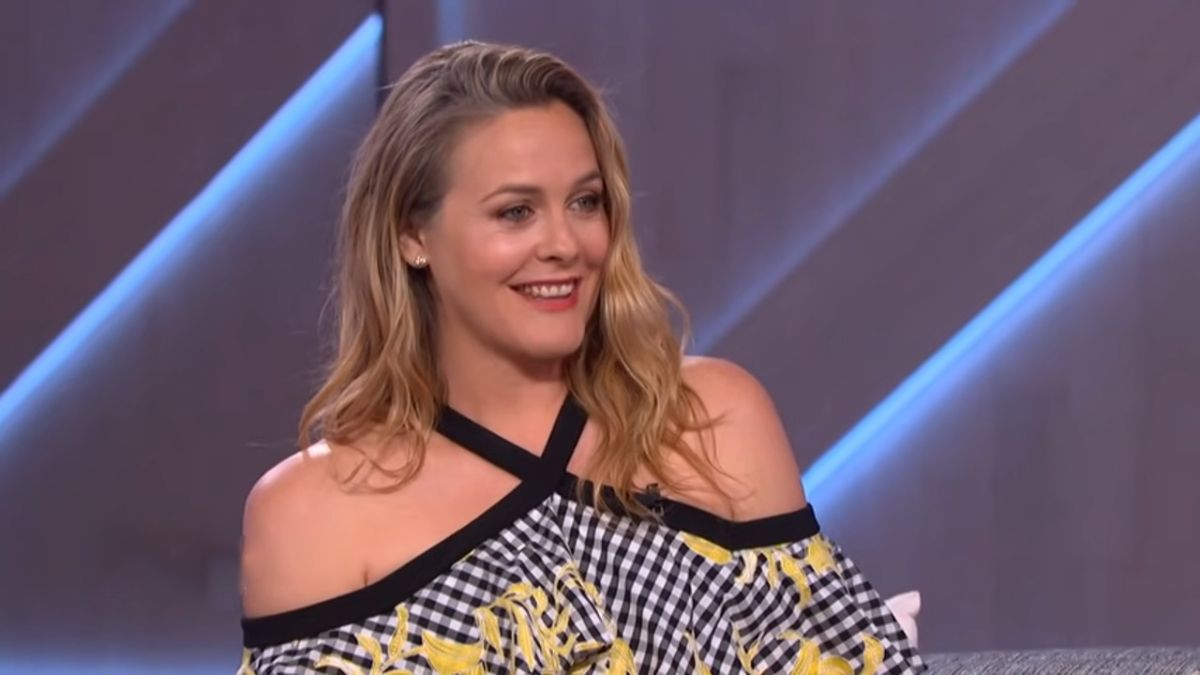 Being a single mom trying to date would be hard for anyone. Clueless’ Alicia Silverstone knows that plight from first-hand experience. Despite her celebrity status, Silverstone took a chance and put herself out there on the dating scene. Unfortunately, things didn’t go as planned for the Hollywood star. The Clueless alum recently revealed how she was banned twice on a dating application.

It’s been a few years since Alicia Silverstone divorced from ex-husband Christopher Jarecki. As such, Silverstone wanted to get back into the dating scene. Logically she hopped into the online dating world. Doing so led to some unexpected consequences for her. The Baby-Sitters Club star revealed on The Drew Barrymore Show what happened the first time she joined a dating app.

Given the number of fake profiles out there, it’s understandable for the folks behind the app weren’t okay with Alicia Silverstone creating a fake account. If anything, dating apps have gotten into trouble for average citizens hiding behind celebrity photos. MTV’s Catfish is still on the air for a reason. Unfortunately, it made the actress shy about putting herself out there again.

But The Baby-Sitters Club star’s dating app woos wasn’t over just yet. Alicia Silverstone later admitted to jumping back into the online dating world again. She found the strength to do so after seeing fellow actress Sharon Stone on one. Unfortunately, her second foray into a dating app ended up worse than her first experience. The Clueless alum spilled how a potential date got foiled by a second ban.

You must admire Alicia Silverstone’s courage for hopping back on a dating app again. Most people would’ve given up after the first incident. But being herself, this time didn’t work out either. Silverstone wouldn’t be the first celebrity to be banned or ghosted on a dating app. Thankfully, the actress hasn’t given up on dating completely while becoming a surprise TikTok star.  Maybe in the future, Silverstone will find a partner as great as her character’s husband on Netflix’s The Baby-Sitters Club, which is currently streaming its second season.