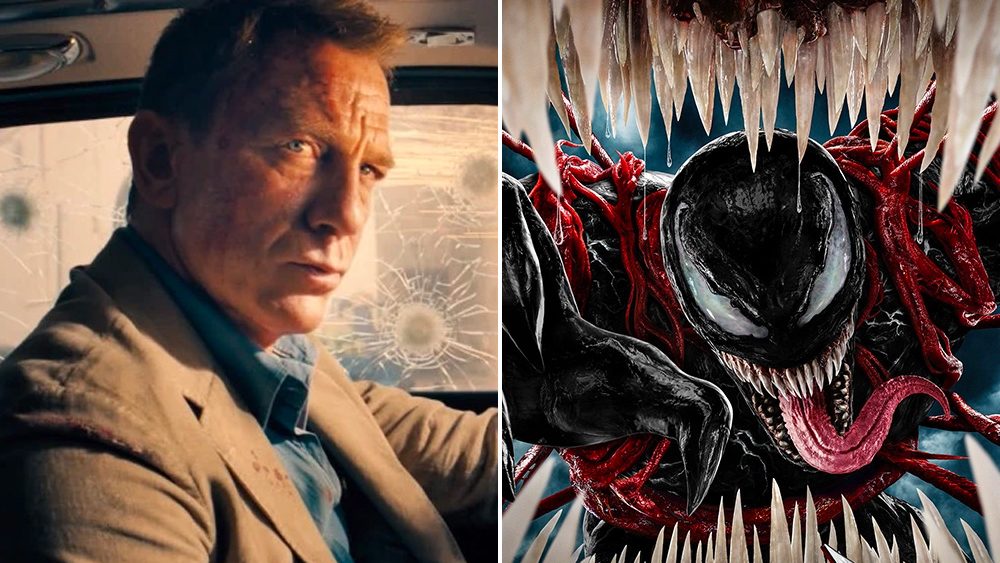 Refresh for latest…: Sony’s Venom: Let There Be Carnage chomped on a big chunk of the international box office this weekend as it swallowed a $62.3M mouthful from 44 overseas markets. This follows from the symbiote’s record-breaking Russia and Latin America starts over the past few weeks. The Tom Hardy-starrer has now cumed $115.6M overseas and $283.7M global. While dates were switched up, the current pillow between Bond and Dune has done Venom well.

With 41% of its offshore footprint released, the film captured the No. 1 spot in 39 markets and is outpacing No Time To Die by 34%, Shang-Chi And The Legend Of The Ten Rings by 102%, Black Widow by 76%, and F9 by 17% at the same point in release in like-for-like markets.

Venom 2’s debut is astounding, and set pandemic-era opening records in Spain ($3.9M) and Italy ($3.7M). Notably, Korea, which has been in the doldrums of late, let Carnage reign as the second best bow for a Hollywood title in the pandemic era with $9.5M.

Meanwhile, and not to be outdone in its third weekend at the international box office, MGM/Eon/Universal’s No Time To Die has bonded with $348.3M overseas and $447.5M global. The latter figure puts the Cary Joji Fukunaga-directed 007 installment within reach of Godzilla Vs Kong to soon become the No. 2 Hollywood movie of 2021, behind Universal’s own F9.

Daniel Craig’s final turn as the super agent is currently running 13% behind Spectre and 6% behind Skyfall. Markets including Australia and China are still to come.

Warner Bros/Legendary’s Dune, which extends its rollout next week added $8.5M this weekend on 5,240 screens in 36 markets. The international running cume is currently $129.3M.

Here’s the Truth About Rumors RHONY Legacy Series Was Canceled
Chris Hemsworth And Elsa Pataky Aged Up For Disney+ Project, And I Hope I Look That Good In 45 Years
Where Olivia Wilde Reportedly Stands With Ex Jason Sudeikis Following Custody Drama And Breakup With Harry Styles
King of the Hill Revival Announced at Hulu
Every Time Birthday Girl Stormi Webster Stole Our Hearts