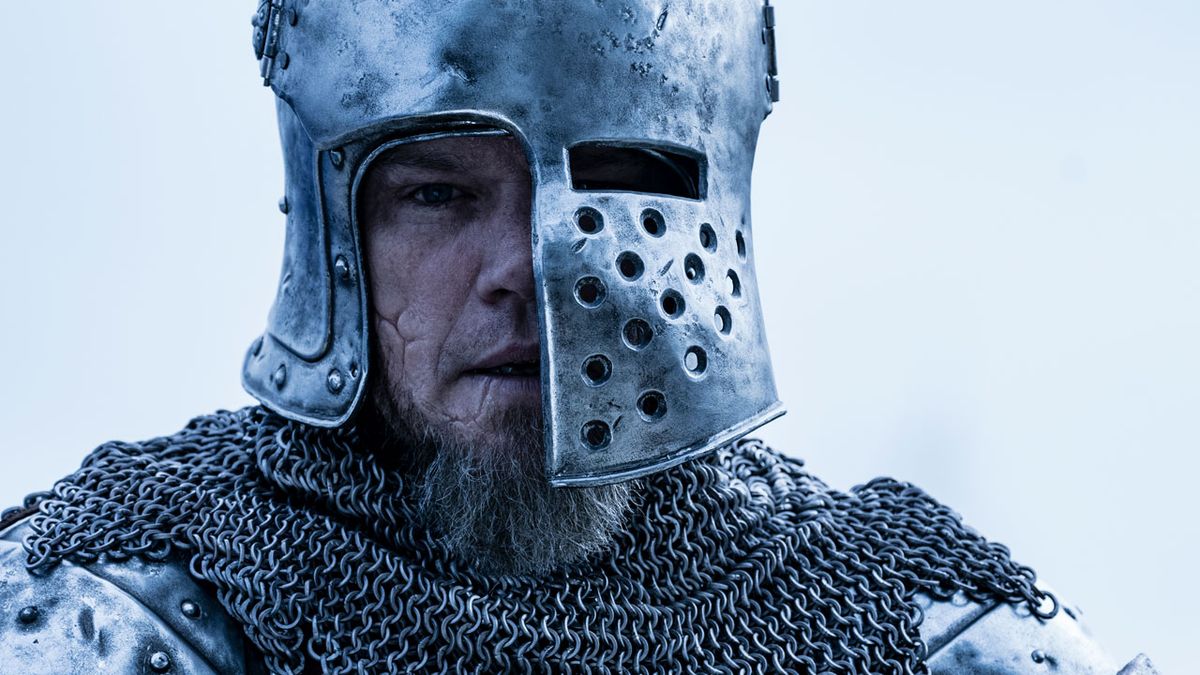 The opening scene of Ridley Scott’s The Last Duel features a preview of the titular climactic showdown (which, naturally, plays out in full in the movie’s third act). Sirs Jean de Carrouges and Jacques Le Gris, respectively played by Matt Damon and Adam Driver, suit up in their plate armor, mount their steeds, grab their jousts, and charge at each other just before the title card interrupts the action. It dramatically sets the table for what is to come, and feels very grounded in reality – but what’s funny is that the film had to take some key liberties with the truth to make it properly play on the big screen.

The Last Duel is based on the book The Last Duel: A True Story of Trial by Combat in Medieval France by Eric Jager, which is a detailed account of a real case that played out in 1386 – but there are some specific elements from the source material that the adaptation was forced to change in the name of making an entertaining film. During a recent virtual press conference for the movie, star/co-writer Matt Damon admitted that they had to take some liberties with history just for the sake of giving the characters literal mobility, as modern audiences possibly wouldn’t be able to take the reality seriously. He explained,

Once you imagine what a duel would have looked like with Matt Damon and Adam Driver barely able to move around while inside giant metal containers, you can understand why the choice was made to free them up a bit with changes in the costume armor. And while it definitely isn’t logical that the characters would be wearing helmets with visors only covering half their faces (let’s not forget that they are using wooden jousts, and jousts splinter), it’s extremely helpful for the audience in terms of keeping track of who is who in the fight.

For the sake of making a movie, The Last Duel couldn’t be perfect in its portrayal of actual events – but at the same time, Ridley Scott is a filmmaker who is very detail oriented and has demonstrated a passion for historical accuracy in his work. At Matt Damon continued, he noted that the director’s latest movie absolutely continues that tradition, as the way in which the titular battle plays out hones very close to true events. Said Damon,

Dancing around spoilers, Matt Damon noted that the details of the final results are exceptionally accurate, adding,

The Last Duel – which co-stars Jodie Comer, Ben Affleck, and Harriet Walter, and is based on a script co-written by Affleck, Matt Damon, and Nicole Holofcenter – arrives in theaters everywhere this Friday. To see what else is set to hit the big screen in the months ahead, check out our 2021 Release Calendar.

Knock at the Cabin Movie Clip – Andrew Pulls A Gun On Leonard (2023)
Top 10 Hilarious Horror Movie Deaths
Every Time Birthday Girl Stormi Webster Stole Our Hearts
Avatar: The Way of Water TV Spot – One of Us (2023)
Spring 2023 Is All About Standing Out