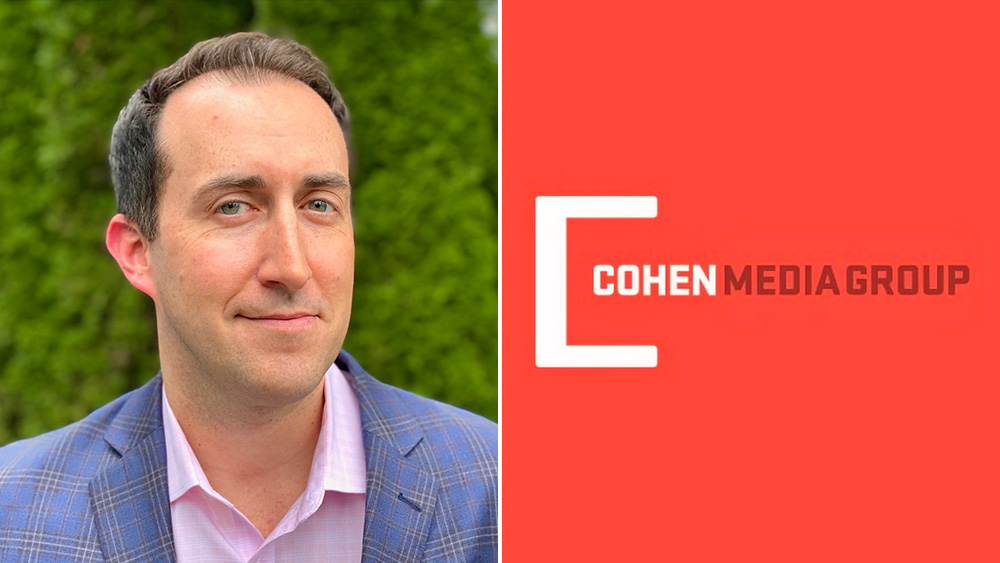 DiPietro arrives to Cohen Media Group from Netflix where he served as their Director of Sales and Distribution. DiPietro managed theatrical sales for half of the U.S., including the Los Angeles market, and helped develop theatrical release plans and strategies for award-nominated titles, including two 2020 Best Picture Oscar nominees, Mank and The Trial of the Chicago 7.

As the Cohen Media Group gears up for an active 4th quarter and 2022 release schedule, DiPietro will oversee the motion picture releases of critically acclaimed films such as Emmanuel Carrère’s Between Two Worlds starring Juliette Binoche; Memories of My Father directed by Academy Award winning Fernando Trueba; Uberto Pasolini’s Nowhere Special starring James Norton and Daniel Lamont; and the Greek Oscar submission, Apples, among many more.

DiPietro said, “Cohen Media Group has produced and released some of the most admired films in the world. Charles Cohen’s profound knowledge of film is inspirational and I’m thrilled to be part of the team.”

“Justin’s many years of experience shepherding so many wonderful films to theaters and beyond will prove invaluable as CMG continues to bring the best in American and foreign films to the market. We are proud to have him join our team.” said CMG Chairman and CEO Charles S. Cohen.

Prior to Netflix, DiPietro was Head of Distribution at IFC Films, where he oversaw the entire division and was responsible for setting opening dates and establishing release strategies for annual slates of 36 to 42 films, including traditional theatrical roll-outs, as well as day/date and all platform digital releases. He was in charge of all theatrical and non-theatrical sales and worked closely with exhibitors across the U.S., including national chains and independent theaters, to collaborating on marketing campaigns. During his time at IFC Films, DiPietro worked on such releases as The Death of Stalin, Boyhood, The Babadook, Red Joan, Wildlife, Let the Sun Shine In, Tea With the Dames and Official Secrets. In total, he’s a 15-year vet in the distribution biz.

Top 10 Biggest Flexes in One Piece
Most Anticipated Movies and TV of 2023 | The Ketchup
Barrett Strong, Motown Singer and Temptations Songwriter, Dies at 81
Top 10 Hilarious Horror Movie Deaths
Dwayne Johnson Shares That His Mom Was In A Car Crash, And The Photo Is Scary