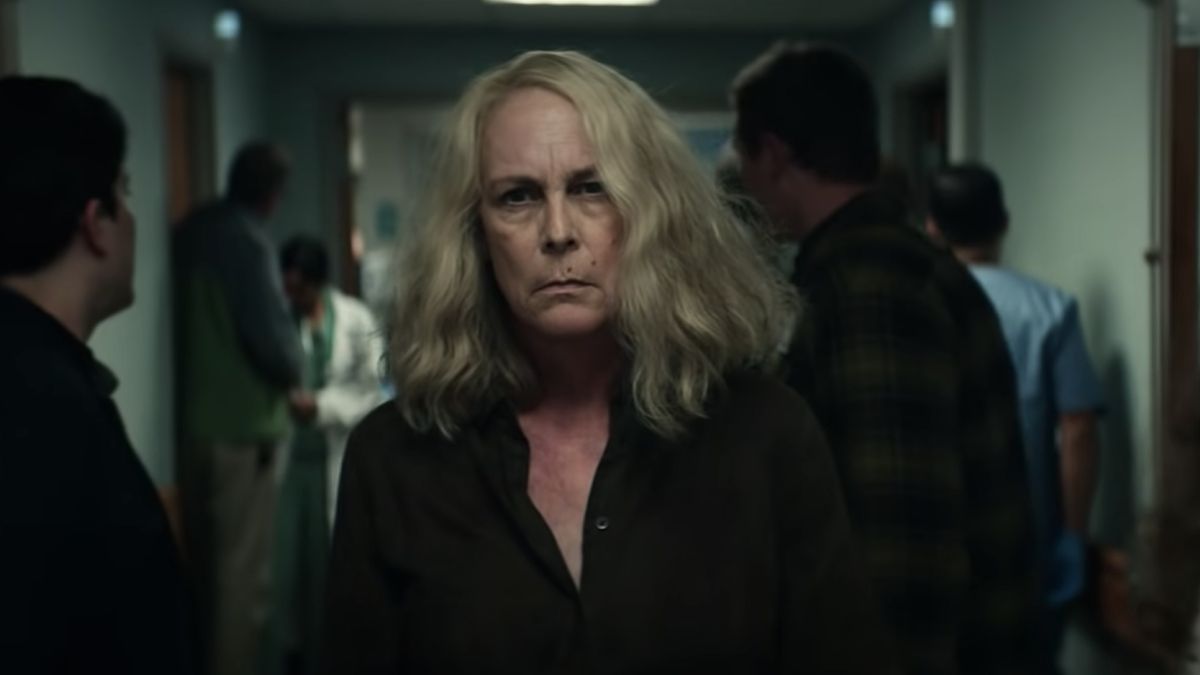 Jamie Lee Curtis has horror in her blood. Not only did her rise to stardom start with Halloween, a franchise she has returned to more than once, but she’s the daughter of Janet Leigh, the star of one of the most famous horror films of all-time, Alfred Hitchcock’s Psycho. And for the premier of Halloween Kills, she brought the two eras together and she looks perfect.

Jamie Lee Curtis showed off her look for the Halloween Kills premier and fans of Psycho will know the look well. Or perhaps they won’t. Curtis, who is no stranger to costuming, decided to dress up as her mother’s character, Marion Crane, from Psycho. Of course, you probably haven’t seen the outfit in color, so you’re forgiven if it’s not instantly recognizable.

Even discounting the fact that the daughter of Janet Leigh starred in Halloween there’s a pretty direct connection between Norman Bates and Michael Myers. Depending on how you define the term, Psycho is possibly the first slasher movie. At the very least it was a precursor to the genre that inspired all that came after it.

Norman Bates was a very early incarnation of the slasher killer that would become especially popular in horror in the ‘70s and ‘80s. The connection between the movies is clear even outside of the familial connection. Halloween owes a great deal to Psycho. So “Janet Leigh” attending  the premier is only right.

Of course, while Psycho has remained a popular film for decades it hasn’t had quite the franchise that Halloween has had. Psycho did get a number of sequels, but none of them were from Hitchcock and they’re largely overlooked. That’s not to say all the Halloween sequels are great, but there are so many of them, as well as remakes, that they’re hard to overlook.

But Halloween is possibly as popular now as it has ever been. Following an incredibly successful film that took the unusual step of designing itself as a direct sequel to the original movie, while ignoring all previous sequels, Halloween has new life. Now we’re getting the first of two direct sequels to that movie, which promises to put something of a definitive cap on the story.

While Halloween Kills was delayed a year, it’s finally coming out in just a few days, and the final movie, at least for now, is set for next Halloween and with a name like Halloween Ends, it’s clear that the movie at least wants us all to believe this is really it.

Of course, now that Jamie Lee Curtis has called on her famous mother for the premier of Halloween Kills it only ups the ante for the next film premier. How will Jamie Lee Curtis dress for what will likely be her final appearance in the Halloween franchise? I suppose we’ll find out in about one year.