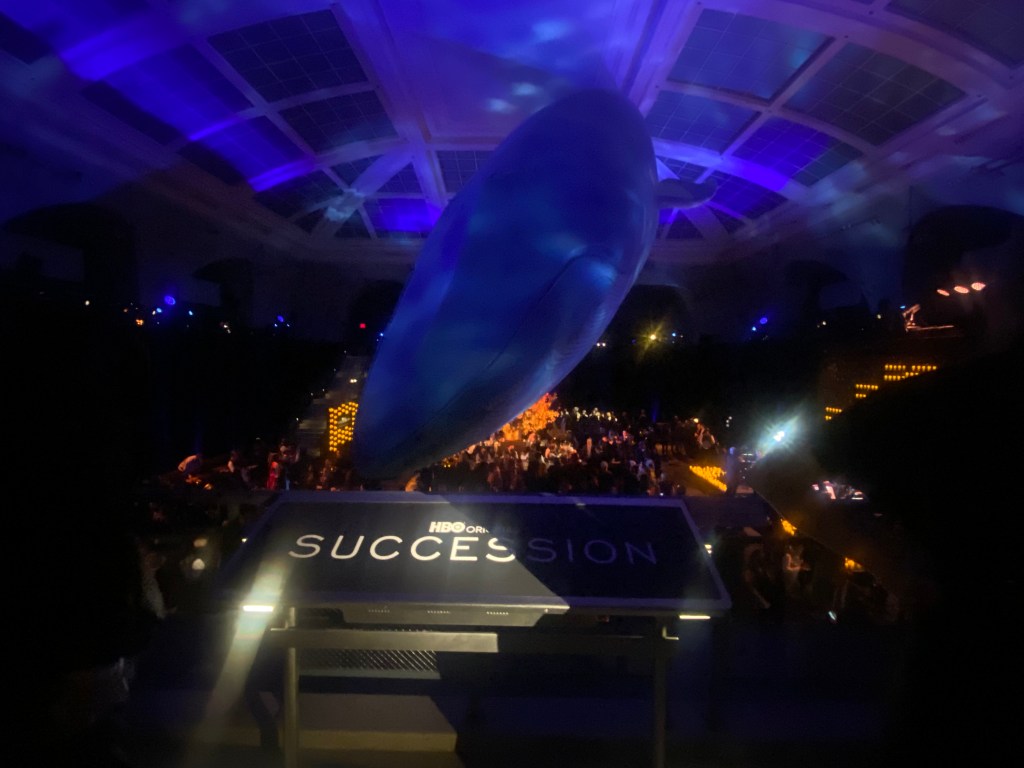 Casey Bloys, head of content at HBO and HBO Max, said Tuesday that he could no more name his favorite HBO show than chose a favorite child. However, he told a crowd at the Museum of Natural History: “I will tell you if you have kids this is kind of like a very bright, very gifted, very attractive child who goes to an Ivy League school and does cancer research and falls in love with someone from a very wealthy family, and wants to spend every weekend with you, and maybe name their kid after you. So no favorites, but a very, very nice child to have.”

The crowd at the Imax theater at the New York landmark roared approval as they settled in to watch episode one, season three of the acclaimed series with striking theme song by Nicholas Britell that debuts Sunday after a two-year hiatus. It shot during Covid, finishing up in Florence, Italy. “I really think when a show is going well it’s a bit like a Renaissance city — and this isn’t a joke, this is premium drama wisdom — you get this confluence of talent working together and everyone elevates each other and tries to be the best and is impressed with each other” and the whole is greater than the sum of the parts, said creator, executive producer and showrunner Jesse Armstrong.

The Emmy winning drama picks up with Waystar/Royco media mogul and patriarch Logan Roy (Brian Cox) in a perilous position after being ambushed by his rebellious son Kendall (Jeremy Strong) at the end of Season 2. He scrambles to secure alliances with daughter Shiv (Sara Snook) and younger son Roman (Kieran Culkin) in an escalating and bitter Roy family civil war. HBO hinted at chaos ensuing with a teaser in July, a trailer in Sept. and new clip this month.

If you’ve forgotten the fun that is an HBO party, violinists led the crowd out of the theater towards the museum’s giant Hall of Ocean Life under a 94-feet-long model of a blue whale where an orchestra played. Guests passed walls of the museums famed dioramas of buffalos and bears and under a shark display. (“We’ll f-cking beast them. We’ll go full fucking beast!” Logan Roy threatens at the close of the season premiere.)

The cast mingled. WarnerMedia CEO Jason Kilar. Warner Bros. CEO Ann Sarnoff and Toby Emmerich, chairman of Warner Bros. Pictures were there, as was their future boss, Discovery CEO David Zaslav. Ben Stiller, who had the run of the place in 2006 Night At The Museum, also put in an appearance.

There was no apparent sign of AT&T, which is spinning off WarnerMedia to Discovery in a deal expected to close by the middle of next year. The telco acquired Time Warner in 2018 and and the combination has not been a successful meld culturally. The host of HBO’s Last Week Tonight With John Oliver used Sunday’s show to bash his “corporate daddy” calling AT&T “a terrible company” after news emerged that it helped launch ultra-right wing network OAN. He took AT&T to task last month as well for supporting Texas lawmakers who voted for the state’s restrictive abortion law.

Succession’s nine-episode third season will debut at 9 PM ET/PT on HBO and will be available to stream on HBO Max.

Critics Think Tom Brady’s 80 For Brady Movie Is OK, But The Fans Seem To Be Loving It
Fall Out Boy Announce 2023 Tour
Bill Maher Condemns Woke Revolution, Twitter’s ‘Red Guard’, And Its US Parallels
Why Top Gun: Maverick Decided To Change The Romance Between Tom Cruise And Jennifer Connelly’s Characters Halfway Through Filming
Bachelor Nation’s Sarah Herron Reflects on “Last Morning” of Pregnancy