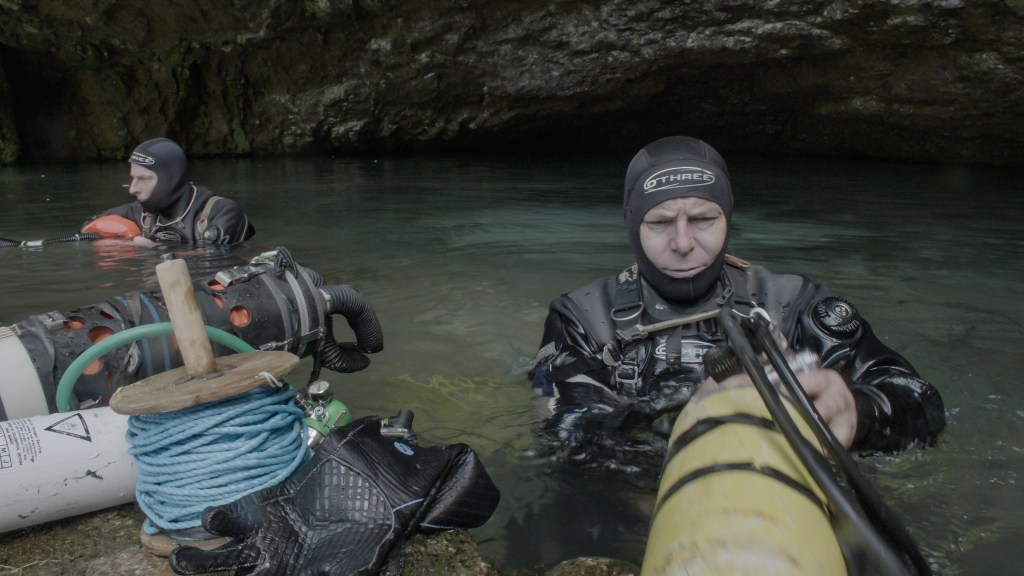 NatGeo’s The Rescue by Chai Vasarhelyi and Jimmy Chin (Free Solo) stormed the specialty box off in five runs in NYC, LA and Chicago this weekend with a nearly $14,000 per screen average — the best opening PSA for a documentary playing in more than one market in over two years. (Estimated three-day cume was $69,662, per screen average $13,932.)

And A24’s Icelandic horror folk tale Lamb grossed $1.1 million in 583 locations for a per screen average of $1,715, breaking into the top ten — at no. 7 – and becoming the highest grossing Icelandic film of all time in the U.S.

The Rescue sees a 400+ screen rollout next weekend, the largest documentary break since Roadrunner: A Film About Anothony Bourdain opened on 927 screens in July. According to distributor Greenwich Entertainment, The Rescue had the best opening weekend at the Angelika/NYC since Roadrunner, from Focus Features, and nabbed best opening weekend at the Landmark/LA since A Quiet Place Part II. It’s also that theater’s best documentary opening of the year. The dramatic 2018 recue of a Thai boys soccer team led by an eccentric group of amateur divers in a remote flooded cave system was a triumph at Telluride and Toronto. The next challenge is the wider footprint, ” said Greenwich co-president Ed Arentz, “But we think the film is now positioned to be one of several that audiences will be considering next weekend.”

He’s encouraged by the range of movies that are working and said it “suggests October will continue to be strong compared with 2019.” He and others suggest No Time To Die is a real boon for arthouses. While not a specialty film by any means it’s anecdotally drawing significantly from a key arthouse demo, the 60+ crowd, which has been the slowest to return to theaters. “Bond is actually going to help a wide range of movies,” Arentz said.

In The Rescue, the 12 boys and their coach, hungry and sick and with monsoon rains about to flood their small air chamber, seemed irretrievable. Divers made the agonizing decision to anesthetize them and pull them one by one over the course of three days through narrow, winding passages in pitch dark water to the cave mouth, each perilous foray taking two to three hours. When saving even one would have been a victory, they all made it. Deadline review here.

As we’ve been reporting week after week, the arthouse market needs a nudge. Roadrunner, about the beloved chef turned television star, provided an summer jolt to the market that nothing has really been able to catch – in part it’s the beloved host and strong marketing and in part Delta took hold. The Morgan Neville film opened to $1.9 million and No. 8 at the U.S. box office — the top opening specialty film, narrative or documentary, of the year. Card Counter, also from Focus, was one one of the closest, doing $1.1M on 524 screens.

In Lamb, the R-rated horror flick, a childless couple in rural Iceland make an alarming discovery one day in their sheep barn. They soon face the consequences of defying the will of nature in this dark and atmospheric debut feature from director Valdimar Johannsson. In a note on A24’s website last week, he said he’s “always considered Lamb a family drama with one surreal element.” It’s a big one. “From the beginning I wanted to make a film that I wanted to see, one that I had not seen before.”

Notable holdovers include Lionsgate and Kingdom Story Company’s documentary The Jesus Music, which took in an estimated $150k this weekend, lifting its estimated cume to $857,994 on 270 screens.

Other specialty grosses will be updated as they come.

Aoife O’Donovan Covers Sharon Van Etten’s “I Love You But I’m Lost”: Listen
Infinity Pool Exclusive Movie Clip – Double (2023)
‘SNL’: Michael B. Jordan & Bowen Yang Get Into Voice-Over Booth For ‘Street Fighter 6’
Top 10 Most Evil Americans Ever
Just When You Think Jennifer Coolidge Can’t Get More Delightful, She Tells The Story About Her Connection To Billie Eilish And Finneas