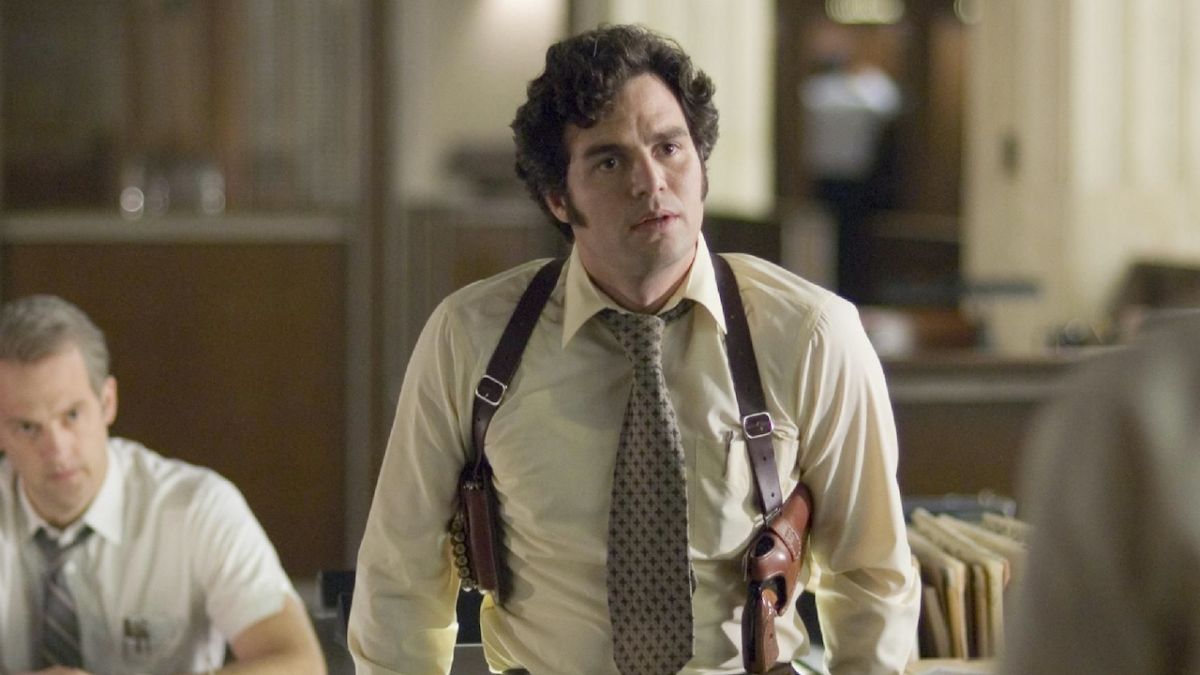 Zodiac handled a sensitive subject – tracking the whereabouts of the infamous Zodiac Killer. The thriller featured some stars before their time with the MCU, including Robert Downey Jr., Jake Gyllenhaal and Mark Ruffalo. Since the film was released in 2007, there have been multiple reports of the killer finally being identified. Recently, news came out alleging investigators finally figured out the Zodiac Killer’s identity. Of course, fans of the 2007 film would want to know what the cast might think of this development. As an outspoken person, Ruffalo took to social media to give his thoughts on the matter.

Years after starring in Zodiac, the MCU star took to Twitter to address the latest report allegedly identifying the infamous serial killer. Like everyone who heard the news, Mark Ruffalo seemed to be taken back by the story. Check out Ruffalo’s cautious Twitter post about the latest development in the decades-long saga.

I’ve been down this road before. They made a movie about it. Maybe…maybe not. Every few years someone says they figured if out. Let’s hope they got the guy. #Zodiac https://t.co/XUcYUzE7gAOctober 6, 2021

As seen in Mark Ruffalo’s tweet, the actor seemed to have a healthy amount of skepticism about the infamous killer being identified. At the same time, Ruffalo was hopeful the Zodiac Killer‘s identity would finally be known by the public. After several false reports, Ruffalo, along with viewers and victims’ families, have every right to be unsure about the reports. Having been part of the film, Ruffalo had some insight into what the authorities and media experienced in figuring out the serial killer’s identity and whereabouts.

Part of that insight helped Mark Ruffalo tap into his role in the mystery thriller. Ruffalo, Jake Gyllenhaal and Robert Downey Jr. starred as real-life men tasked with decoding the Zodiac Killer’s messages and finding him. Zodiac is regarded as some of the best work by all three actors. They were supported by an all-star cast, including Chloe Sevigny, Anthony Edwards and Dermot Mulroney. The film ended up being one of 2007’s most acclaimed films, being nominated for multiple awards. The film’s ending left viewers wondering if a certain person was the infamous serial killer. Despite underperforming at the box office, the real contribution it made was drawing attention to the decades-old case. It led to the media and public revisiting the infamous case, as evidenced by multiple podcasts and documentaries.

Basing a film on an unsolved case could be tricky, but Zodiac managed to pull it off with sensitivity. Like Mark Ruffalo mentioned, hopefully these new reports prove to be true. Maybe once the infamous killer is revealed, his victims’ families will feel a sense of relief in knowing who the Zodiac Killer is (or was). If you want to see Mark Ruffalo, Jake Gyllenhaal and Robert Downey Jr. team up to fight the infamous killer, you can stream Zodiac on Netflix, Amazon Prime Video and Paramount+.

Watch Lil Baby Perform “California Breeze” and “Forever” on SNL
CNBC: Denise Contis & Timothy Kuryak To Exit As Network Moves Out Of Primetime Originals
Top 20 Best English Dubbed Anime of All Time
Turns Out We Can Thank Teenagers For Why M3GAN Wasn’t ‘Way Gorier’
‘Avatar 2’ Rises To No. 5 On All-Time Global Chart; Will It Overtake ‘Titanic’ Next?