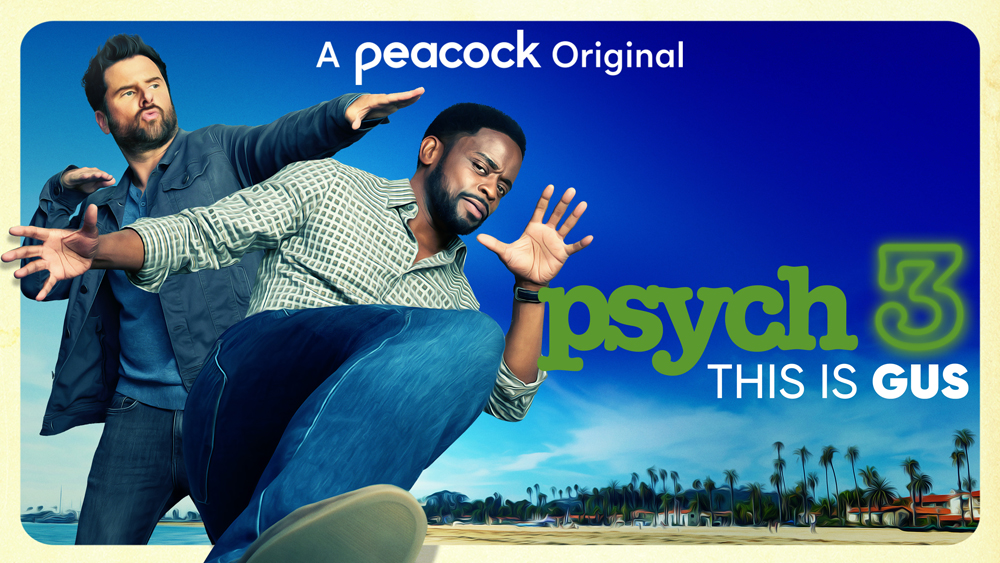 Peacock has set Thursday, November 18 for the premiere of Psych 3: This Is Gus, the third movie in the comedy franchise. The NBCU streaming service also revealed the trailer for the latest installment starring Dulé Hill and James Roday Rodriguez during the show’s panel Saturday at New York Comic Con.

In Psych 3, in preparation for a shotgun wedding before the birth of Baby Guster, Shawn (Rodriguez) and Groomzilla Gus (Hill) go rogue in an attempt to track down Selene’s (Jazmyn Simon) estranged husband, as Lassiter (Timothy Omundson) grapples with the future of his career. Also set to reprise their roles from the series and films are Maggie Lawson as Juliet O’Hara, Timothy Omundson as Carlton Lassiter, Kirsten Nelson as Karen Vick and Corbin Bernsen as Henry Spencer.]

Psych is a quick-witted comedy about police consultant Shawn Spencer, who, with the help of his best friend and reluctant sidekick Gus, solves crimes with powers of observation so acute that he led the Santa Barbara PD to believe he’s psychic. Psych started as a television series in 2006 and has since been adapted into three movies.

Watch the trailer above.