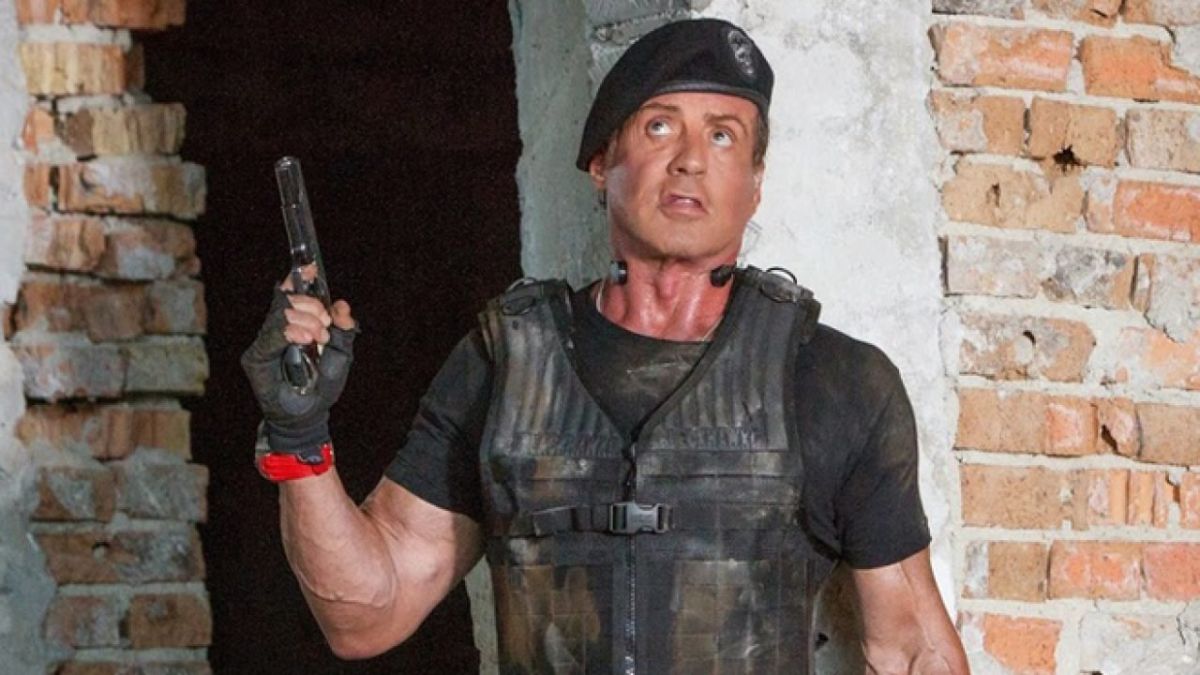 After years of wondering if we would ever actually see a new Expendables movie, fans are getting just that as we speak. The movie is shooting in London right now. Sylvester Stallone wrote the screenplay for the movie, but as those things are often in flux, even in the middle of production, Stallone is apparently working on scenes while eating dinner the night before.

Sylvester Stallone shared a video to Instagram which shows him sitting at dinner, with a few pages of the movie’s script in front of him. He’s apparently making changes to a scene that is set to shoot the next day, and he’s doing it in a gloriously low tech way. Because let’s face it, bringing a laptop to dinner would just be rude. Check it out.

It’s heartening to see Sylvester Stallone, with pen in hand, getting ready to break down this scene. One expects when he’s done it will be full of handwritten notes that people will then need to decipher. Stallone mentions that the scene he’s tinkering with includes Jason Statham, but that’s all he says about it.

Following three fairly successful Expendables movies it seemed likely that a fourth one would be on the way in short order, and while there were plans for a fourth movie at one point, it fell apart behind the scenes.

But in the last couple years a new Expendables film has been picking up steam, and Sylvester Stallone let fans know this past summer that the movie would actually begin filming in October, and here we are.

At various points the movie has been referred to as an Expendables “spinoff” or as Expendables 4, so it’s not entirely clear just what sort of movie we’re getting. We know that the “core” cast, of Stallone, Jason Statham, Randy Couture, and Dolph Lundgren will all appear, so this really feels like it will be a true sequel, even if some of the stars from previous entries won’t be appearing. Some new faces will be joining the cast as well, including Megan Fox, Curtis “50 Cent” Jackson and Tony Jaa. Scott Waugh is set to direct.

Sylvester Stallone has said that the working title of the new Expendables is “Christmas Story” which may make the new movie sound like it’s supposed to be a holiday adventure, and maybe it is, but Christmas is also the last name of Stallone’s character, so the working title could just be a hint that we’ll be getting a plot focused around Stallone.

Certainly, fans of the Expendables franchise should be excited that we’re set to get more action. We don’t know exactly when we should expect this movie to arrive, but next year seems like a safe bet.

Super Bowl Movie Trailer Spots Will Include ‘The Flash’, ‘Fast X’, ‘Transformers’ & ‘Ant-Man’
‘Family Feud’ Renewed Through 2025-26 By Lionsgate’s Debmar-Mercury
‘Knock At The Cabin’ Grabs $1.45 Million In Thursday Screenings, ‘80 For Brady’ $1.27M In Total Previews – Friday AM Box Office
8 New Albums You Should Listen to Now: Young Fathers, the Men, Raye, and More
Top 10 Biggest Flexes in One Piece