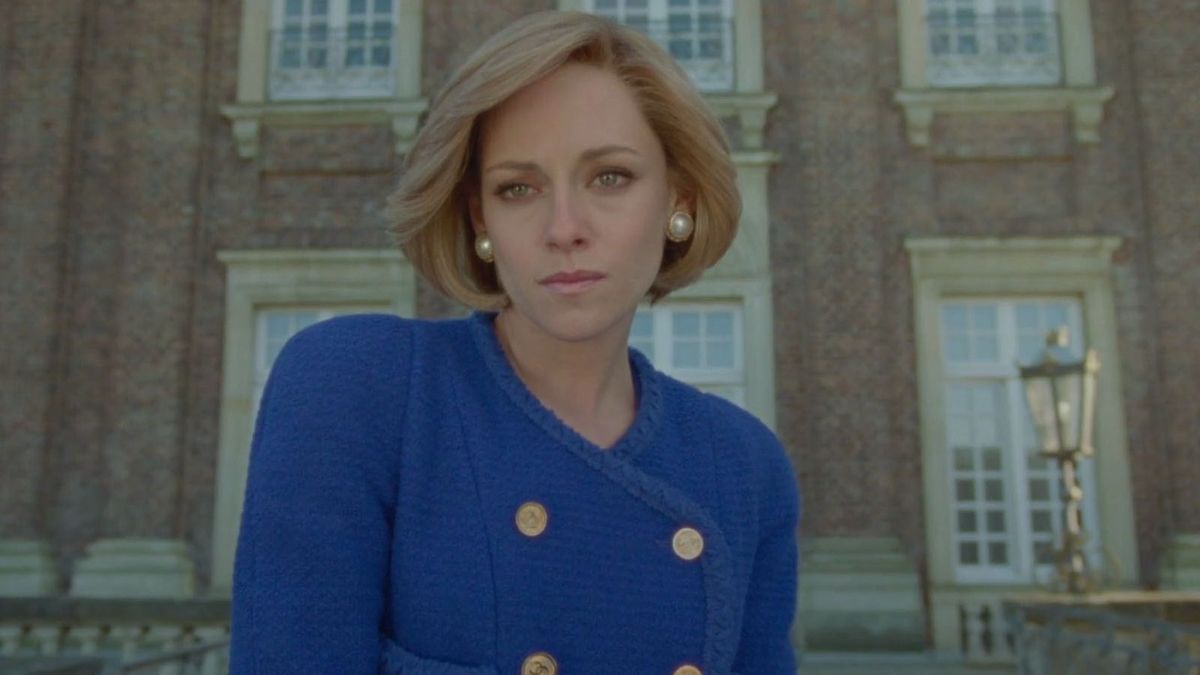 Just one more month; one month until Kristen Stewart returns to the big screen in one of her most high-profile roles yet. The actress will play the late Princess Diana in Pablo Lorraín’s Spencer, a drama that is already getting high praise and Oscar buzz. Ahead of the movie’s fall release, we’ve been getting look after look of Stewart embodying the royal, and this latest one is especially striking.

Neon, the studio behind Spencer, has shared a new poster of Kristen Stewart as Princess Diana, and the resemblance is uncanny. Take a look:

It’s a simple poster, revealing the Twilight actress in her blonde curls, soft makeup look and donning a red turtleneck. She looks to be deep in thought as she sits back in the photo. The poster says “Kristen Stewart is Lady Diana Spencer,” the title being her maiden name. Stewart looks absolutely stunning in the new artwork and she’s not the only one to get a solo poster:

Jack Farthing, best known for his role in BBC’s Poldark, will play His Royal Highness, The Prince of Wales, a.k.a. Princess Diana’s husband at the time Spencer will tell its story. Diana and Prince Charles met one another when Diana was 16 years old and he was dating her older sister in 1977. Later on, the pair hit it off and they were engaged in 1981, had a royal wedding that summer and shared two children, Prince William and Harry. However, Spencer will follow the couple during a key weekend during the holidays in 1991 when Diana decided she no longer wanted to be married to Charles.

Director Pablo Lorraín previously told the story of Jackie Kennedy with Natalie Portman for 2016’s Jackie. Spencer looks like it will take a similar approach when portraying an iconic female figure. The movie has screened at a few film festivals already to high acclaim. Critics claim that Kristen Stewart “disappears” into the role and is “uncannily immersive” as the late royal. If you’ve yet to see the full Spencer trailer, check it out:

Kristen Stewart is currently No. 1 on Gold Derby’s predictions for the Oscars’ Best Actress category, with Jessica Chastian for The Eyes of Tammy Faye, Lady Gaga for House of Gucci, Penelope Cruz for Parallel Mothers and Jennifer Hudson for Respect rounding out the top five. As the movie releases next month, we’ll get a better idea of Stewart’s buzzy role, but heading into award season, she’s a major favorite we’re going to hear about throughout.

Kristen Stewart had a profound time playing Princess Diana, sharing that she had “spooky” and “spiritual feelings” about her while on set for Spencer. We can look forward to the movie, coming to theaters on November 5.