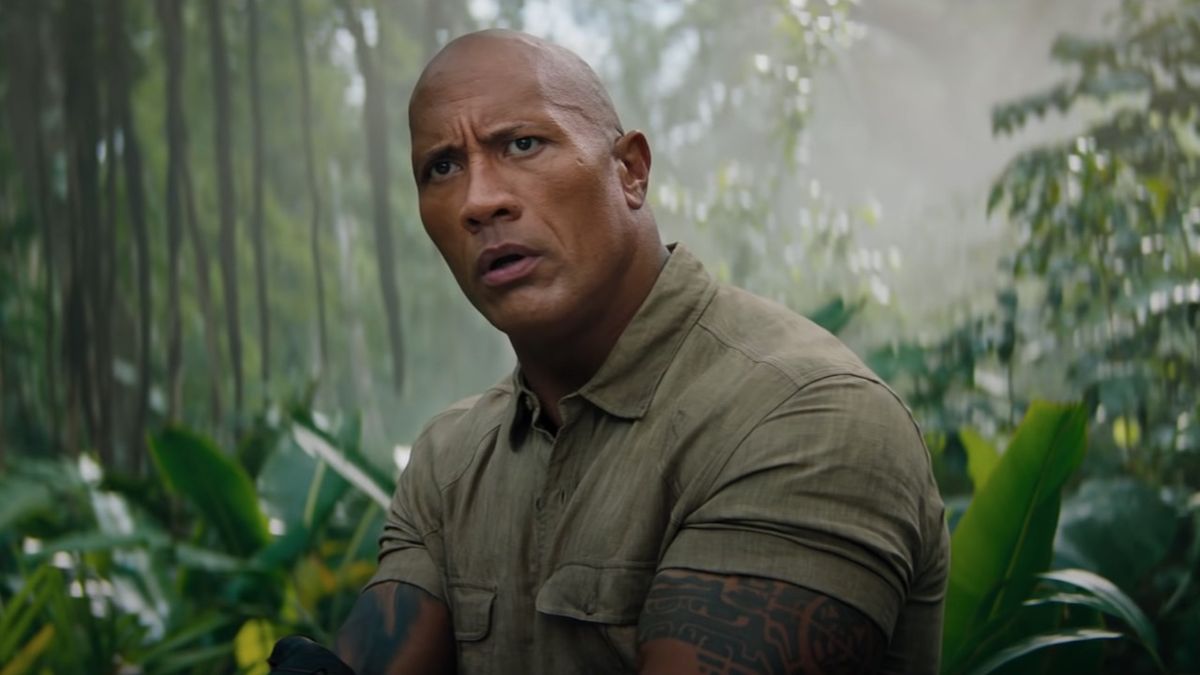 Along with being one of Hollywood’s most popular actors, Dwayne “The Rock” Johnson has proven on numerous occasions that he’s simply a nice guy, which includes repeatedly showing appreciation for his fans. He’s most recently demonstrated this by singing “Happy Birthday” to who might be his oldest fan, a 102-year-old grandma. Ok, that’s weird, I’m already starting to shed a tear.

Two years ago, Dwayne Johnson sang “Happy Birthday” for Grandma Grover for her 100th birthday, and he repeated that last year for Year 101. Now with Round 3 happening this past weekend, it’s basically become a tradition, and you can see Grandma Grover’s excited reaction to Johnson wishing her a happy birthday by watching the below video The Rock shared on Twitter:

When she turned 100, I started singing Happy Birthday to Grandma Grover. Today she’s 102 years old 🎂 🎉 and this has become one of myFAVORITE things to do. And she sang back to me!! 🎶☺️I wish I still had my grandma, but I do have her! Enjoy your birthday! ❤️Love, your Rock 💪🏾 pic.twitter.com/BgmcAYaQCOOctober 3, 2021

Calling it “one of the most special videos” he’ll do both all year and probably in his “entire lifetime,” Dwayne Johnson was more than willing to commemorate special lady Grandma Grover reaching 102 years on this Earth, and she was clearly jazzed to see him onscreen again. After belting out “Happy Birthday,” Johnson called Grover a “fighter,” as well as “so strong” and “beautiful,” and with his grandma having long passed, he officially labeled her both his grandma now and “America’s grandma.” After the video finished, Grandma Grover declared her love for The Rock. Fingers crossed this tradition continues next year for her 103rd birthday.

This special video comes after Dwayne Johnson surprised fans who were traveling through his neck of the woods in tour buses on two occasions in late August and early September. And of course, Johnson frequently keeps his fans up to date on what’s happening in his life on social media. Back in April 2020, Johnson admitted that early in his career, his immense fame started going to his head, but after a moment where he behaved like a jerk to a couple who wanted a picture, he changed his outlook on stardom and his reaction to fans who approached him. Now he no longer takes such encounters for granted, and celebrating Grandma Grover’s birthday is among the many ways he’s expressed gratitude to fans over the years.

As far As Dwayne Johnson’s professional endeavors go, he recently starred alongside Emily Blunt in Jungle Cruise, which will be made available to all Disney+ subscribers on November 12 following its run on the streaming service’s Premier Access tier and in theaters. Funny enough, on the same day, Johnson’s next movie, Red Notice, comes out on Netflix, and sees him performing opposite Ryan Reynolds and Gal Gadot.

Then come 2022, it will be a DC-packed year for Dwayne Johnson, as not only is he finally debuting as Black Adam (a role he’s been attached to for more than a decade), but he’s also voicing Krypto the Superdog in DC League of Super-Pets. As always, check back with CinemaBlend for more news about Johnson’s upcoming movies.