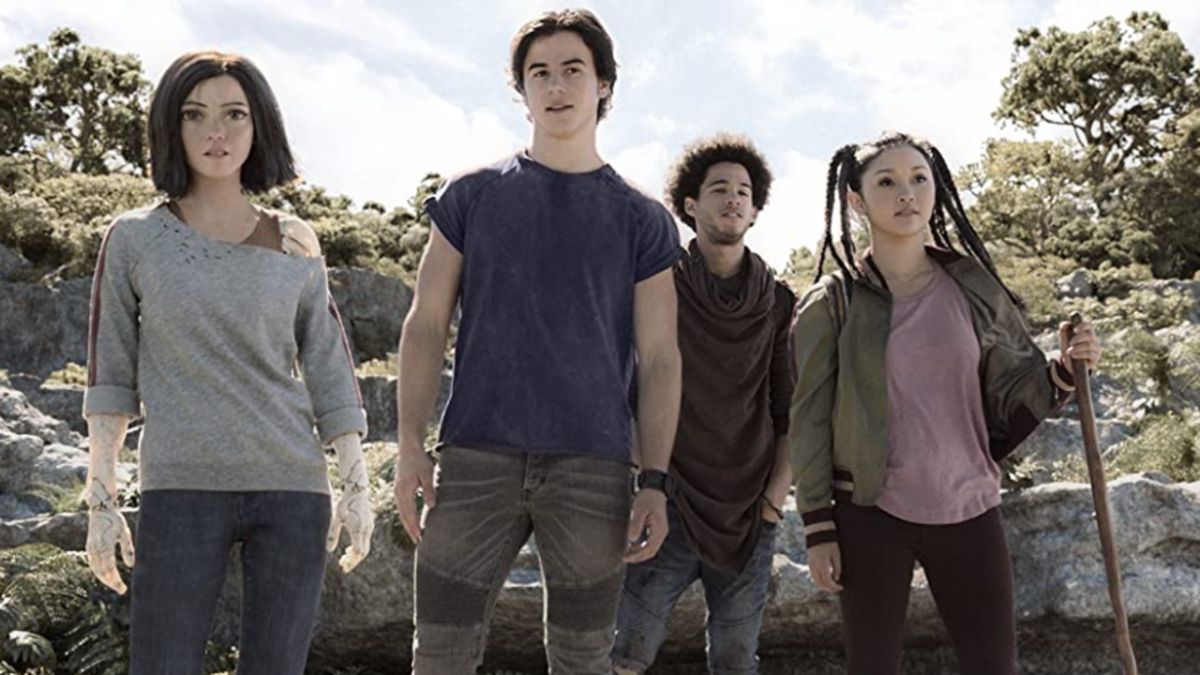 CinemaBlend participates in affiliate programs with various companies. We may earn a commission when you click on or make purchases via links.

Almost three years have passed since Robert Rodriguez and James Cameron combined forces to deliver Alita: Battle Angel to the world. With filmmaker and fan alike still keeping sequel hopes alive for the 2019 fan favorite, support for that next potential chapter is never in short supply. Even the film’s composer, Tom Holkenborg, better known to some as Junkie XL, has been feeling the love from fans, as he’s still getting messages of encouragement from the fanbase known as the Alita Army.

Tom Holkenborg, who has also provided the musical score for epics like Mad Max: Fury Road and Zack Snyder’s Justice League, shared this fact while reflecting on his work for Alita: Battle Angel. Through his official Twitter presence, Holkenborg shared a behind-the-scenes featurette from the original 2019 release window, detailing his process in putting the score together. With this throwback video, Junkie XL also shared his positive interactions with the Alita fanbase:

One of the greatest feelings as a film composer is seeing how individuals connect with the characters I’ve helped bring life to. Perhaps no other film I’ve worked on continues to resonate with individuals as much as #AlitaBattleAngel seems to have! pic.twitter.com/uwUzIsi5TSSeptember 16, 2021

Of course, just as Tom Holkenborg had spoken about the continued support that he’s gotten over Alita: Battle Angel, even more fans came out to prove just how strong the fandom’s power still is. Responding to his response to the love, Alita fans took this opportunity to continue the push for a sequel, as they absolutely should. However, with the focus on how Holkenborg’s musical storytelling is part of what they love, it’s not just a random message they’re sending into the world, as you’ll see in this tweet:

Thank you soo much for this post. Yes I love Alita. It is my favourite movie. And I could not imagine another soundtrack for it than yours. It is absolutely incredible. And through that I listened to your other works and became a fan. Thank you Tom Holkenburg.#GiveAlitaHerSequelSeptember 16, 2021

Another message from the Alita: Battle Angel fans came with a bittersweet tone to its content. Remarking how Tom Holkenborg’s music is something they’d want to return in Alita: Fallen Angel, the themes from that first movie come with a tragic connotation. Especially since, as seen in this next message, it’s noted that the dearly departed Hugo (Keean Johnson) is someone who factors into the musical and thematic picture Alita: Battle Angel’s score conjures:

Your score for Alita is so underrated; wonderful themes perfectly developed for every cue adding beautiful music and harmony to Alita’s soul. I hope one day to see you bring those themes back in the #AlitaSequel. She has probably moved past her first theme, that went with Hugo.😢 pic.twitter.com/NR4QdTbLVvSeptember 16, 2021

It’s not all just sequel talk in the Alita Army though, as the melodic accompaniment for Alita: Battle Angel is praiseworthy in its own right. Just as he’s seen by being a part of the completed vision of Zack Snyder’s Justice League, Tom Holkenborg absolutely draws a following of his own accord. So much so that another Alita fan highlighted two of their favorite tracks from the soundtrack, and described just why they’re so memorable:

Probably the best sound track I’ve heard with the most heart ❤️❤️‍🔥I constantly find myself coming back and listening to all the time. My 2 fav tracks are “with me” and “I’d give you my heart”. Those tracks are incredible / emotional / and just damn amazing. #AlitaArmy pic.twitter.com/0fkFTYTvQJSeptember 16, 2021

Naturally the message of bringing an Alita: Battle Angel sequel into reality, and all of the beautiful Junkie XL music one could hope for, is still the mission. As of yet, there has been no official movement, through Disney or any other potential parties, to put an Alita sequel into production. It’s not a position that Tom Holkenborg is a stranger to, as Zack Snyder’s Justice League took several years to stick the landing. So maybe fan pushes such as this last one will be the fuel to get another tale of Motorball up and running:

Alita: Battle Angel is available for streaming through a variety of platforms, ranging from international versions of Disney+ to domestic availability through the FXNow app. Maybe with continued support through streaming viewership, new fans can discover Tom Holkenborg’s music, and even better, boost the hopes for that sequel. But if Robert Rodriguez is correct in his thinking, The Book of Boba Fett’s December streaming debut could be the ticket to landing more Alita. So check out The Disney Bundle, where you can subscribe to Disney+ and its streaming siblings, in the name of boosting those attendance numbers.

The Unbearable Weight Of Massive Talent Exclusive Movie Clip – You Just Run Out There (2022)
Top Movie Trailers Releasing in February 2023
Jennifer Lopez And Ben Affleck Are Trying To Sell Their Home For A Huge Profit
Bill Maher Condemns Woke Revolution, Twitter’s ‘Red Guard’, And Its US Parallels
Every Time Birthday Girl Stormi Webster Stole Our Hearts