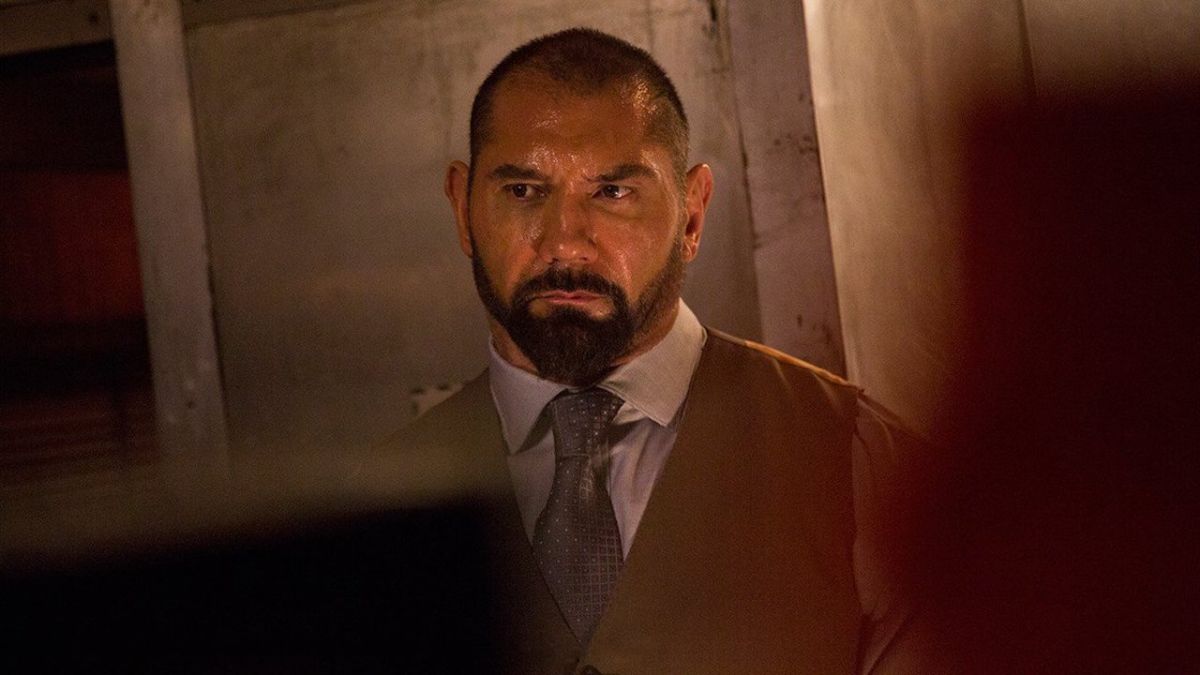 No Time To Die finally arrives in theaters in the US on October 8, and fans are beyond ready to see it. Those who have been lucky enough to see Daniel Craig’s last Bond movie are raving about the film, and its send-off to one of the best Bonds ever. While promoting the film, Craig has been sharing some great stories, which includes the time he and Dave Bautista traded injuries while filming their big fight scene in Spectre. With this, the actor revealed that he actually broke Bautista’s nose. Now, Bautista has posted a photo so everyone can see what he looked like after the ordeal was done.

Fight scenes takes weeks (and sometimes months) of practice and, ultimately, the actors and stunt people perform said scenes in a way that doesn’t bring serious harm to anyone involved. But Dave Bautista and Daniel Craig’s fight scene on the train in Spectre is very intense, so it’s no surprise that some accidental injuries took place. Thankfully, Bautista’s recent Twitter photo shows that he was able to get himself cleaned up relatively well after the situation occurred:

I dug this up. I took this right after I got cleaned up. 😂 https://t.co/hRCsEn0O5V pic.twitter.com/dfLQcC2oEbSeptember 28, 2021

It would seem that the actor got a kick out of the broken nose story going viral, based on the fact that he went out of his way to find that photo. In that situation, anyone else would’ve likely been taken out of commission for a while, but he proved to be a real trooper. And let’s be honest, we shouldn’t expect anything less from a professional tough guy. Some may have also been miffed that they were injured by their co-star, but the Guardians of the Galaxy star cleared up the story, explaining that his colleague felt terrible about it and that they ended up hugging it out, before ultimately finishing the scene.

The train fight in Spectre is one of the best fights in the entire James Bond franchise. It’s claustrophobic, and the intimidating Dave Bautista throws Daniel Craig around like he’s a ragdoll. The film itself may be the most underrated Craig-led 007 movie, and it is definitely worth rewatching ahead of No Time To Die.

Audiences will soon see the pair on screen together again in Rian Johnson’s Knives Out sequel. Funny enough, Daniel Craig recently compared his character, Benoit Blanc, to James Bond, and he makes some fair points in that comparison. However, in the upcoming movie, I doubt Blanc will get as physical with the suspects in the case he’s investigating.

But you’ll surely get plenty of that action in No Time To Die. And the movie is already off to a strong start during the early part of its theatrical run in the UK and is looking like it will be one of the biggest releases of the year box office-wise. lt should be a perfect ending to this 007 era, and it’ll be great when everyone can finally plant themselves in a seat and watch it.