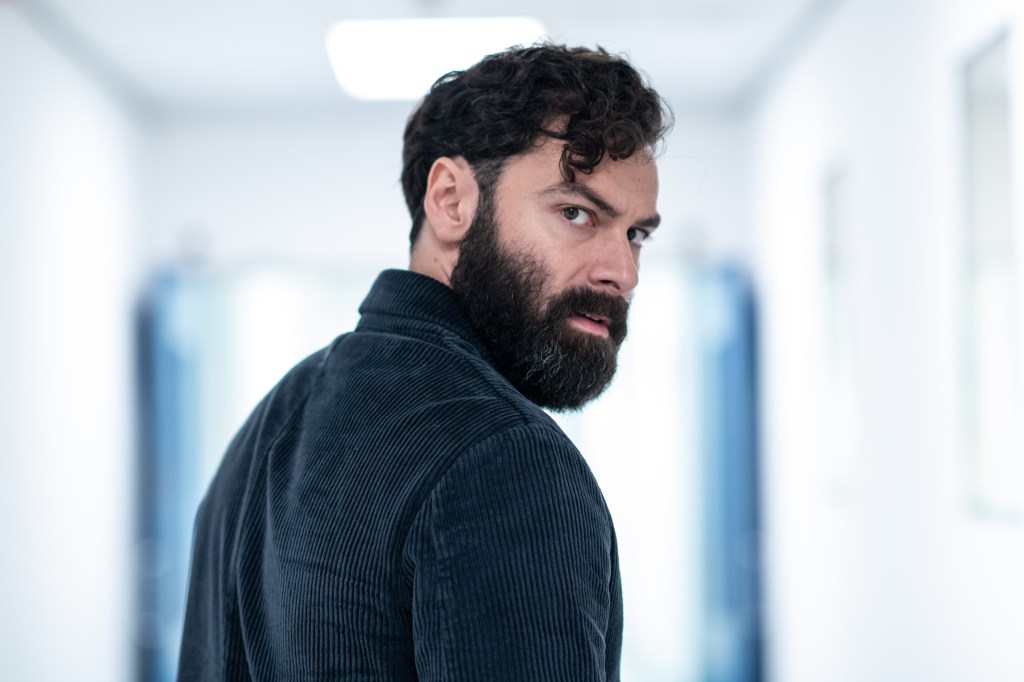 EXCLUSIVE: Poldark star Aidan Turner is to play a doctor with a dark side in a new drama for ITV from Bodyguard and The Pembrokeshire Murders producer World Productions.

The British broadcaster has ordered a small-screen adaptation of Michael Robotham’s novel The Suspect.

The series is being written by Gangs of London writer Peter Berry.

It follows Doctor Joe O’Loughlin, played by Turner, who appears to have the perfect life – a devoted wife, a loving daughter, successful practice as a clinical psychologist, media profile and a publishing deal. He’s even a hero online after rescuing a young patient who was ready to jump from the tenth floor of the hospital where Joe works.

When a young woman is found in a shallow grave in a West London cemetery, veteran police officer DI Vincent Ruiz and his young partner DS Riya Devi are assigned to the investigation. But has the young woman been murdered or is this a case of suicide?

As a successful author, Doctor Joe’s opinion is much sought after and when he meets DS Devi he’s only too willing to offer help with profiling and his expertise. Now known for his risk-taking and rule-breaking does Joe have more to hide? His recent diagnosis with a debilitating illness could explain his behaviour. But as the investigation into Catherine’s death gathers pace, we start to ask, do we know the real Joe, or does he have a secret life? And has his work as a clinical psychologist allowed him to develop a criminal mindset? Or worse?

“I am thrilled to be taking on the complex and demanding role of Joseph O’Loughlin, a man with so much to give but so much to lose, and a hidden darker side,” said Turner.

It comes from World Productions, which recently filmed Karen Pirie for ITV, an adaptation of Val McDermid’s bestselling novel The Distant Echo, starring Lauren Lyle, as well The Pembrokeshire Murders, starring Luke Evans, Keith Allen and Alexandria Riley, which was the top rated new drama on any UK network this year.

It will be overseen by executive producer and World Productions’ Head of Drama Jake Lushington. “When I first read Michael’s brilliant unputdownable book I felt there was the huge potential for a must-watch television series and the creation of an iconic character. With Peter Berry adapting and James Strong directing the creative team couldn’t be stronger. Finally with the immensely talented and magnetic Aidan Turner agreeing to take the part, supported by the brilliant Shaun Parkes and such a strong ensemble, World couldn’t be more excited about bringing The Suspect to an ITV audience.”

Berry has written on series including Sky and AMC drama Gangs of London as well as BBC’s Benedict Cumberbatch drama The Last Enemy and Prime Suspect.

“Bringing The Suspect to the screen has been a fantastic and fascinating journey. I hope the audience will find it equally enthralling as they delve the depths of a truly iconic character caught up in a story that will test his faith in his profession, his family and himself,” he said.

The Suspect will be filmed in London during the autumn of 2021.  The drama will be produced by Natasha Romaniuk (The Split) and the first three episodes are directed by James Strong (Vigil) with the fourth and fifth episodes directed by Camilla Strøm Henriksen (Phoenix). Strong and Perry exec produce alongside Lushington.

James Strong said, “I’m thrilled to be directing the forthcoming ITV thriller The Suspect for World Productions. Peter Berry has written an utterly compelling set of scripts which had me gripped from the first page. The show will be a high-octane psychological thriller – full of brilliant twists and turns, but also a fascinating insight into the mind of a top psychologist. We have assembled a brilliant cast and with London as our backdrop, I’m extremely excited to bring The Suspect to the screen.”

Author Michael Robotham added that he was pleased to be working with World Productions, which he said has an “amazing track record of creating quality TV drama”. “Aidan Turner is an inspired choice to play the lead character of Joe O’Loughlin. I could not be in safer hands,” he added.

The Suspect was commissioned for ITV by Head of Drama Polly Hill and Drama Commissioner Huw Kennair-Jones. “Peter has combined an exciting narrative full of twists and turns with the exploration of a richly compelling character in Joe O’Loughlin and has brought Michael Robotham’s much loved book brilliantly to life. We’re thrilled to have Aidan Turner to play Joe and to be working with World Productions on what promises to be a gripping new series,” said Kennair-Jones.

The Suspect will be distributed internationally by ITV Studios.