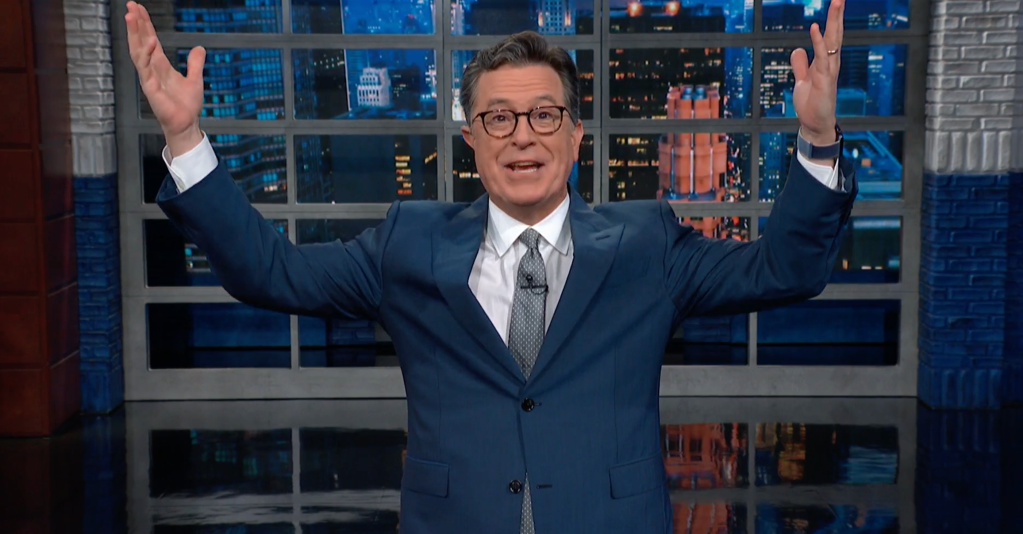 The late-night host described this as “a crushing humiliation for the GOP,” before summoning Steve Kornacki, political correspondent for NBC News, claiming he’d been standing by since last November. Unfortunately, nearly 10 months after the close of the election, Kornacki had withered away into nothing more than a prop skeleton, patiently waiting for these results to arrive. “I forgot to feed him!” Colbert joked.

The mocking continued with Colbert ripping Cyber Ninjas, the contractor that conducted the audit. He went on to note that Maricopa County, AZ will have to spend even more money (upwards of $3 million), to buy new voting machines.

The late-night host then used chess as a means to address President Trump’s continued claims of a stolen election, in the wake of the result in Arizona. “He’s not playing three-dimensional chess. He’s not even playing regular chess,” he said. “He’s just shoving the bishop up his butt and yelling Yahtzee!”

Colbert’s entire opening monologue can be found above.