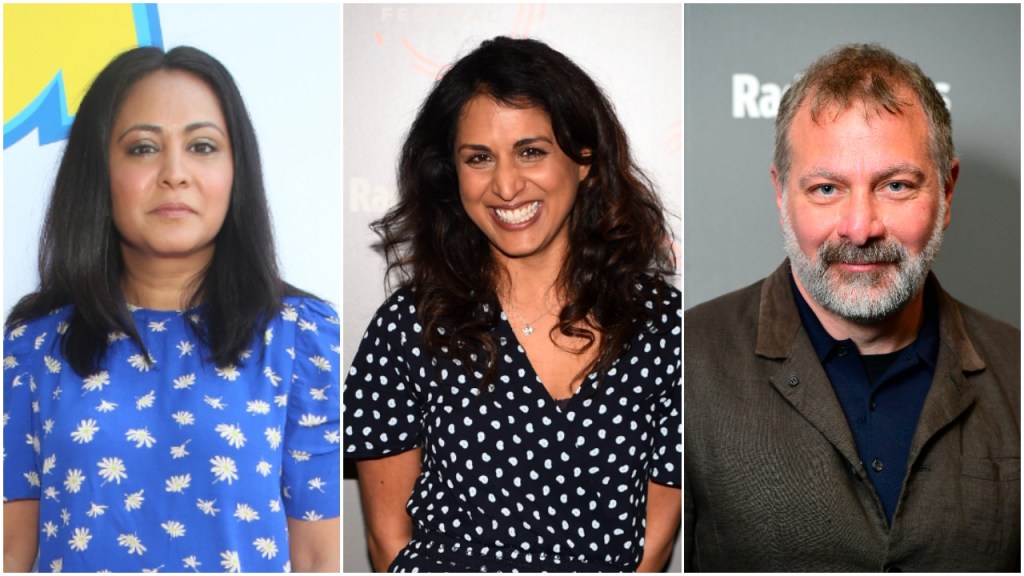 The British broadcaster has commissioned DI Ray, a Birmingham-set, four-part series that is centered around Rachita Ray, a police officer who takes on a case that forces her to confront a lifelong personal conflict between her British identity and her South Asian heritage.

The series will track a murder investigation whilst exploring the emotive subject of racism in the workplace. It asks difficult questions about what it’s like to be British but feel ‘other, while taking viewers through the murky underworld of Birmingham.

Nagra, who starred on the ABC medical drama between 2003 and 2009 and has also appeared on The Blacklist and Agents of S.H.I.E.L.D., will play Ray.

Ray achieves the promotion she’s been waiting for when she’s asked to join a homicide investigation. However, on her first day she’s told the murder to which she’s been assigned is a ‘Culturally Specific Homicide.’ Her heart sinks – she suspects she’s a ‘token appointment’, chosen for her ethnicity rather than her ability.

Never one to shy away from a challenge, Ray sticks to the case, determined to both find the killer and call out the obvious biases her colleagues are bringing to the investigation. And it’s far from easy. The case isn’t a run-of-the-mill murder; it involves delving deep into the dangerous world of organised crime. She is more than up for the task, but what she didn’t count on is what this case stirs up inside her; the realisation that she’s been burying a personal identity crisis her whole life. Truth is, she’s had to work twice as hard as everyone else.  It’s not that she doesn’t want to be Indian, it’s just that it would have been easier if she were white.

It is written by Maya Sondhi, who stars on hit BBC police drama series Line of Duty and has written episodes of Eastenders and Ackley Bridge.

It is produced by HTM Television, the company behind James Nesbitt drama series Bloodlands, founded by Line of Duty and Bodyguard creator Jed Mercurio. Mercurio will exec produce alongside Black Mirror’s Madonna Baptiste. Alex Pillai, who has directed episodes of Bridgerton, Chilling Adventures of Sabrina, and Riverdale, will direc and Charlotte Surtees (Code 404) will produce.

The series was commissioned for ITV by Head of Drama Polly Hill and will be distributed globally by Hat Trick International and Anton Corp. It will be filmed in the Midlands later this year.

Parminder Nagra said, “I am so looking forward to getting back to the UK after such a challenging time globally to be part of this exciting new project. Written by Maya Sondhi and exec produced by the force that is Jed Mercurio, we are being helmed by an amazing team to bring something special to our story telling landscape.”

Maya Sondhi said, “This is a project which is deeply personal for me as a British Asian Brummie woman. It’s only in the past 10 years or so I’ve really been able to truly embrace my heritage.  So much of this show is my story and in telling it honestly, I hope others from all different backgrounds will relate.”

ITV’s Polly Hill said, “Maya’s script is brilliant.  It’s funny, relevant and introduces the fabulous DI Ray, played by the equally fabulous Parminder Nagra. It’s always hard to find a fresh detective, but it feels we have with Rachita Ray, in a thriller that will keep the audience captivated till the end.”

Jed Mercurio added, “Everyone at HTM Television is thrilled to be collaborating with writer Maya Sondhi, director Alex Pillai and star Parminder Nagra on such a thought-provoking series. DI Ray is first and foremost a thriller, while Maya’s writing poses complex and timely questions about the nature of personal ethnic identity.”