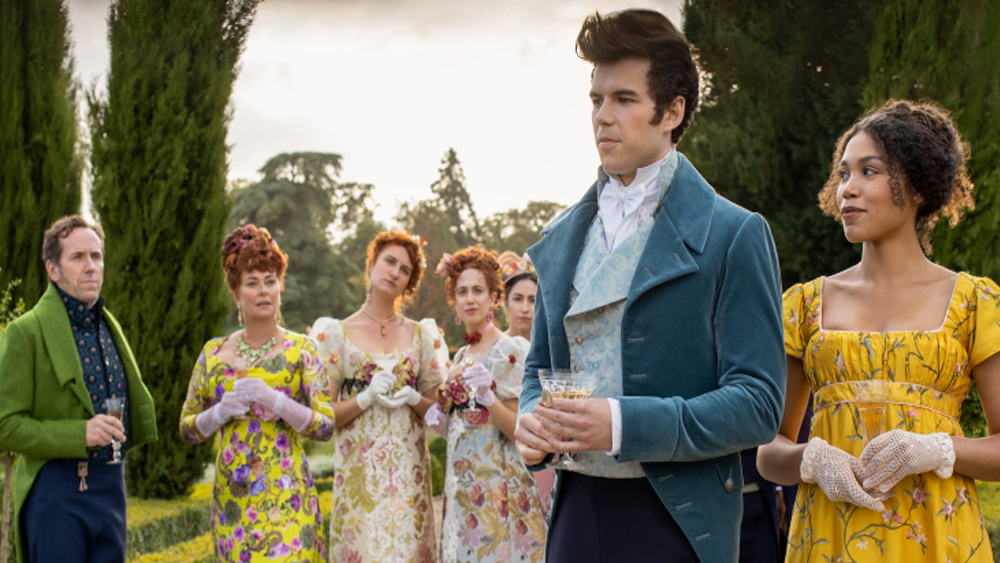 Netflix hopes that viewers fond of the regency ways will fall in love again with period drama Bridgerton.

The streamer unveiled its first-look at the second season of the Chris Van Dusen-created series at its fan event Netflix Tudum. You can watch above.

The streamer hasn’t revealed when the second series, which was forced to shut down production multiple times over the last twelve months due to Covid, will air.

The second season is set to move on to another book in Julia Quinn’s series. It will focus on Anthony Bridgerton’s (Jonathan Bailey) quest for love as chronicled in the second book from Julia Quinn’s Bridgerton series The Viscount Who Loved Me.

The Duke of Hastings himself, Regé-Jean Page, also hinted in a recent interview that he may make a cameo in the second season.

Bridgerton is set in the sexy, lavish and competitive world of Regency London high society. At the heart of the show is the powerful Bridgerton family. Comprised of eight close-knit siblings, this funny, witty, daring and clever group must navigate the upper ten thousand’s marriage mart in search of romance, adventure and love.

The series, which became Netflix’s biggest ever series after it was watched by a record 82 million households around the world, comes from Shondaland and is exec produced by Van Dusen, Shonda Rhimes and Betsy Beers.

It has already been renewed for a third and fourth season and is getting a Young Queen Charlotte spin-off.

Jay-Z, DJ Khaled, and More to Perform “God Did” at the 2023 Grammys
Watch John Stamos’ Son Billy Adorably Share These “Wise Words”
We’re All Alright: The Fate of That ’90s Show Revealed
King of the Hill Revival Announced at Hulu
Sen. Ted Cruz Refuses to Apologize to Paul Pelosi For Attack Conspiracies