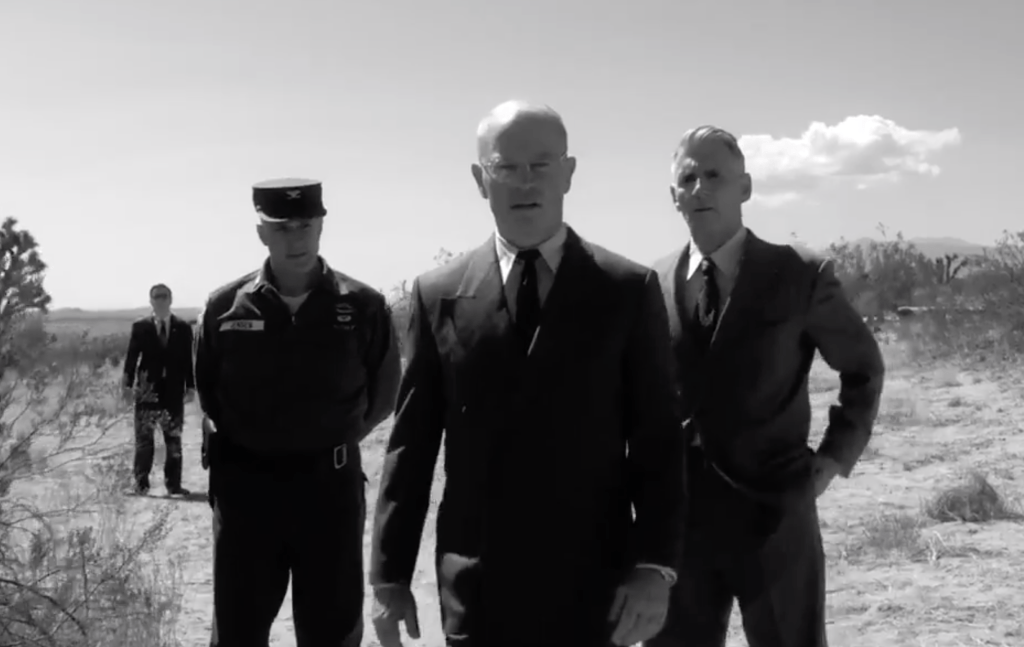 “Whoever you are, wherever you come from, stop what you’re doing. I’m sure you can we can reach an understanding,” McDonough pleads.

Like previous clips, the latest glimpse at Death Valley features both black-and-white footage, which seem to denote a past decade, and those in color representing present-day. Bloody experiments, bug-eyed aliens and more take center stage in the teaser.

Death Valley lands at FX on September 29. Watch the teaser above.

Hilary Duff Is “Optimistic” That The ‘Lizzie McGuire’ Reboot Could Still Happen
Petite Noir Announces New Album MotherFather, Shares Video for New Song: Watch
‘Avatar: The Way Of Water’ Breaks Box Office Records For CJ 4DPlex Theaters With $85M WW
What’s Next for Mugler?
Why Carolyn Bessette Kennedy Was on Every Mood Board This Season