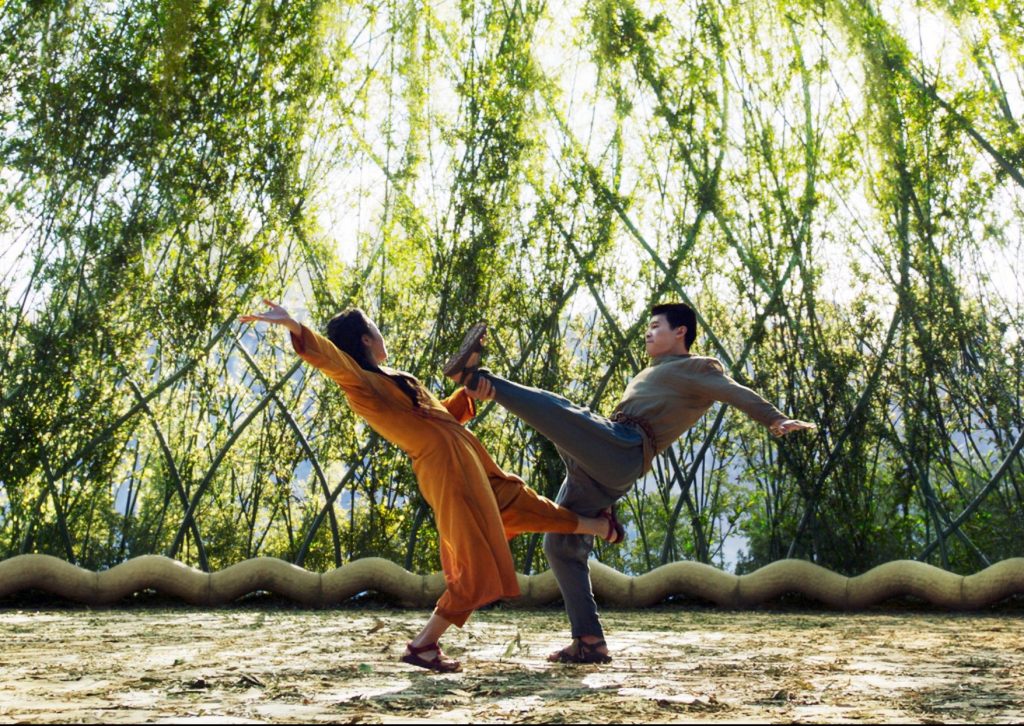 Disney CEO Bob Chapek mentioned today during a Goldman Sachs 30th Annual Communacopia Conference that Shang-Chi and the Legend of Ten Rings will hit Disney+ on Friday, Nov. 12, which the studio is designating as Disney+ Day.

That’s a consumer day celebrating the services. “We’ll be surprising people with offers and it will be an annual thing,” said Chapek. “We’re going to have new content release against one of our four key franchises.”

This mirrors a similar even that Netflix is doing this week. You can read below what else is dropping on that day.

Chapek acknowledged during the conference, “We love theatrical exhibition,” those remarks coming from the CEO of a studio that has experimented with controversial distribution models during the pandemic while keeping the latest Marvel movie purely on a theatrical window yielding over $305M WW.

What he’s learned with these various day-and-date theatrical-PVOD Disney+ distribution channels? “What we’ve locked in is flexibility, being a consumer-first organization,” says Chapek.

“Some of our movies will have short windows,” he said pointing to Disney Animation’s upcoming Thanksgiving release Encanto which will go on the service after 30 days of theatrical in time for Christmas. Chapek doesn’t believe it’s a means of cutting income, rather capturing the majority of people who’ll see it in a movie theater first, then providing an extra boost on the service over the year-end holidays.

Outside Shang-Chi, here’s what else is dropping on Disney+ Day:

–A special celebrating the Marvel Cinematic Universe on Disney+ with an exciting look towards the future.

—Dopesick, an original series starring Michael Keaton, which will be released in international markets as part of the Star general entertainment content offering.

“The inaugural Disney+ Day will be a grand-scale celebration of our subscribers across the entire company,” said Chapek in a statement that followed the conference about the 2nd anniversary of Disney+. “This day of appreciation brings to life our mission to entertain, inform, and inspire fans and families around the globe through the power of unparalleled storytelling, and will become an annual tentpole event to be amplified across our global businesses.”

Also, in honor of Disney+ Day, Disney+ will make its debut in South Korea and Taiwan on Nov. 12, and in Hong Kong on Nov. 16.