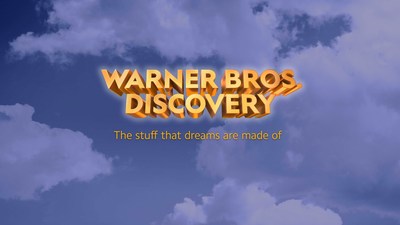 Discovery CEO David Zaslav tried to drum up enthusiasm for the company’s upcoming merger with WarnerMedia, a deal that needs a little love given the ho-hum stock prices of both companies involved since it was announced last May with a very long lead time — not expected to close until the middle of next year.

He enthused about the go-to-market strategy for what sounds like a new combined streaming service of HBO Max and Discovery+ that also draws on live sports and news and the sharpest assets of both media companies in the U.S. and globally. He told a Goldman Sachs conference today the streaming strategy is ready to go, but not yet to be announced, and that it would likely lean in to ad-light products, even free ones in some markets, as takes on leaders Netflix and Disney+. Meanwhile, he said Discovery will be moving a bit more cautiously on original rollout plans for its own Discovery+ standalone product ahead of the combination.

“We are still going forward, we are just being thoughtful and mindful” Zaslav added at the virtual event called Communacopia. “We are on track for the new markets to come on, but [are] looking at those new markets, at the approach, at the way we attack it with the idea in mind that next year we will be a new company.” Would it be “a good idea to go out and deploy lots of capital for short-term subscriber gains” before the merger is finalized? No.

He said the film and TV production powerhouse of Warner will pretty much ensure the success of the new company, reinforcing advances in streaming as well as legacy businesses that still throw off tons of cash. “Warner makes great content [and] is versatile. They can modulate, in terms of risk,” selling to others or keeping product in house.

“Warner has some of the most explosive content in the word. It creates cultural heat,” Zaslav said. “We don’t have Batman, we don’t have Elvis with Tom Hanks, we don’t have White Lotus, we don’t have Game of Thrones. But people underestimated what we have.” Discovery fans, he said, “are watching Chip and Jo [Joanna Gaines] and Ina Garten all day long”