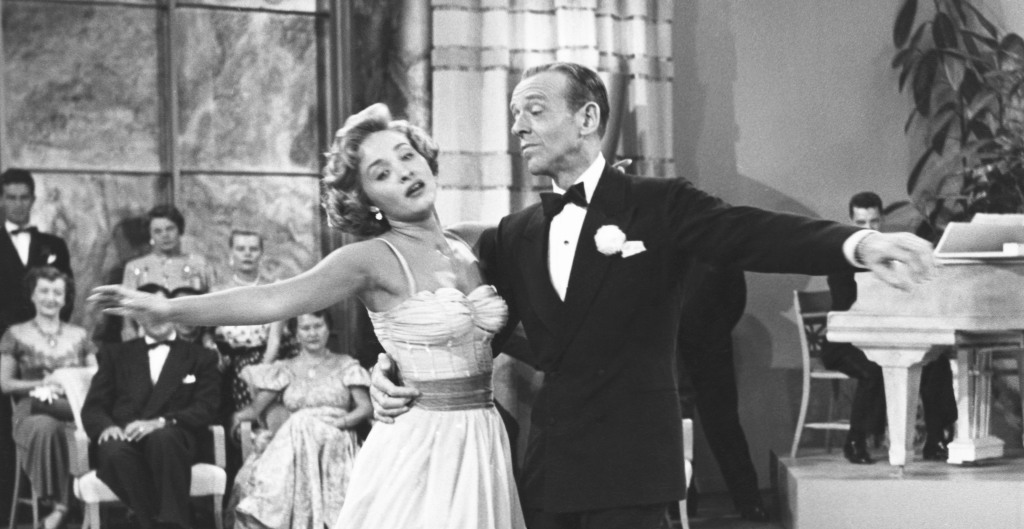 Jane Powell, who made her screen debut with W.C. Fields, danced with Fred Astaire in Royal Wedding, was one of seven brides for seven brothers in the classic 1954 film musical, sang “Buttons and Bows” at President Harry S. Truman’s Inaugural Ball and was a bridesmaid at the first of Elizabeth Taylor’s weddings, died of natural causes today at her home in Wilton, Connecticut. She was 92.

Susan Granger, a friend of the actress and spokesperson for her family, told Deadline that Powell died peacefully at the house she shared for many years with her husband, the actor and publicist Dick Moore, who died in 2015.

Powell, one of the last surviving stars of Hollywood’s Golden Age, continued to appear on stage well into the 21st Century, making her career among her generation’s sturdiest.

Born Suzanne Lorraine Burce in Portland, Oregon, Powell was already a locally successful singer – she had toured her home state as an “Oregon Victory Girl” to sell World War II war bonds – when she moved to Hollywood and signed on as a contract player with Metro-Goldwyn-Mayer. Her film debut came in 1944 with MGM’s Song of the Open Road, in which she played a fictionalized version of herself – a teenage singer who joins up with such show-biz stars of the day as Edgar Bergen (with Charlie McCarthy), Big Band leader Sammy Kaye and W.C. Fields. (In what is thought to have been a largely improvised exchange, Fields hands a microphone to Powell with the immortal line, “Here you are, my little kumquat.”)

Powell cemented her popularity and growing fame with roles in 1945’s Delightfully Dangers, 1948’s A Date With Judy and, in 1951, a career-defining role opposite Astaire in Royal Wedding, in which the two played a brother-sister dance act (one of the duo’s musical numbers features what is considered the longest song title in any MGM musical: “How Could You Believe Me When I Said I Love You When You Know I’ve Been a Liar All My Life?”). For the film, Powell had replaced an ailing Judy Garland, who herself had replaced June Allyson.

Several musical films followed, leading to Powell’s second signature role as Milly Pontipee in 1954’s Seven Brides for Seven Brothers. Paired with Howard Keel as the primary bride and brother, Powell performed such stand-out musical numbers as “Goin’ Courtin’,” “When You’re In Love” and “Wonderful, Wonderful Day.” She would later appear onstage in the role, partnering again with Keel.

Appearing throughout the rest of the 1950s in such films as Athena, Deep In My Heart and Hit the Deck, Powell soon made her way to television, including a starring role in a TV adaptation of Meet Me in St. Louis (again in a role associated with Garland), an unsold 1961 pilot for her own The Jane Powell Show, and numerous appearances on The Red Skelton Hour and other variety shows. She made various appearances in the late 1970s and early ’80s on The Love Boat and Fantasy Island, and recurred throughout the late ’80s and early ’90s on Growing Pains as the mother of star Alan Thicke’s Mike Seaver.

Her final credited TV performance was a 2002 episode of Law & Order: SVU, in which she played a nursing home resident suffering from elder abuse.

In 2003, Powell appeared in a Chicago production of a musical that would become among theater’s most storied titles: Stephen Sondheim’s Bounce, which had begun life Off Broadway four years earlier as Wise Guys. For the Chicago production at the Goodman Theatre, Bounce was directed by Harold Prince, choreographed by Michael Arnold and starred Richard Kind, Howard McGillin, Powell, Herndon Lackey, Gavin Creel and Michele Pawk.

Powell and the rest of the Chicago cast soon traveled to the Kennedy Center in Washington, D.C., where reviews for the show were lukewarm. Bounce never opened in New York, but a much rewritten version, retitled Road Show, was staged Off Broadway by The Public Theater in 2008, with Alma Cuervo filling the role that had been played by Powell.

Beginning in 2007, Powell occasionally performed with the cross-genre orchestral band Pink Martini, appearing with the group in their shared hometown of Portland, Oregon, as well as at New York City’s Lincoln Center and the Hollywood Bowl.

In 1988, Powell married former child star and longtime publicist Moore (known as a young actor on the “Our Gang” shorts as Dickie Moore) in what would be the actress’ fifth, final and longest marriage. Following his death in 2015, Powell permanently relocated from their Manhattan apartment to their second home in Wilton.