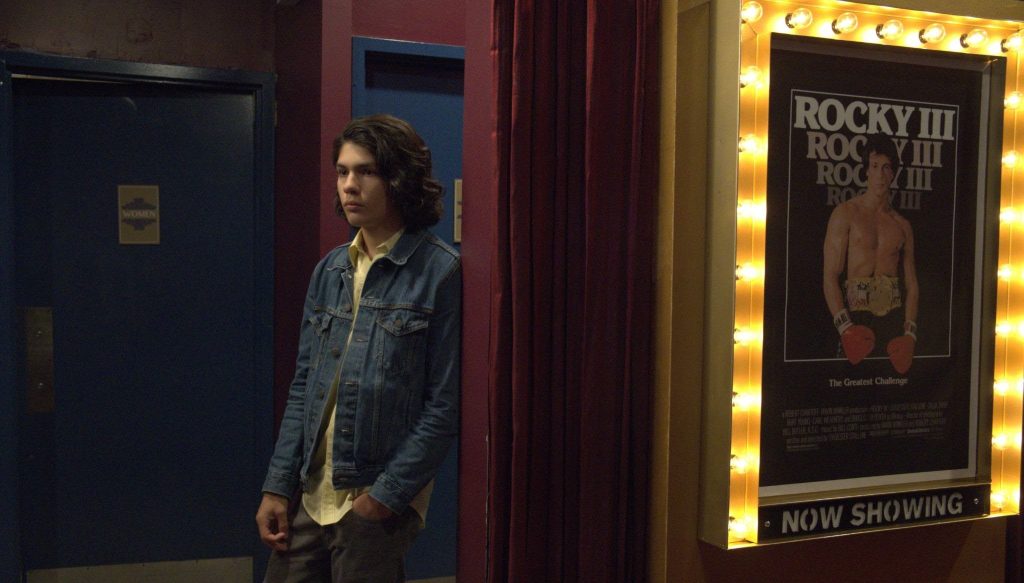 EXCLUSIVE: The Purge franchise architect James DeMonaco has crafted a personal film, which is an ode to cinema, based in his hometown of Staten Island, entitled This Is the Night and the Blumhouse release has a one-week theatrical run starting this Friday, Sept. 17 at Angelika’s Village East in New York City before hitting PVOD on Sept. 21 via Universal Pictures Home Entertainment.

“I conceived this film as a love-letter to cinema. This is the Night is a passion project I’ve been waiting to make. A story based in my hometown of Staten Island, the film serves as a PSA: Movies bring us–people, families–together. There’s no time like the present to celebrate movies and how they inspire us,” DeMonaco tells Deadline.

“James has a real knack for prescient storytelling, and working with him on this picture – which is such a departure from our usual type of collaborations on The Purge franchise – has been a fun and fulfilling departure,” said producer Jason Blum. “Especially now, it’s a compelling time to look at the cultural significance of theatrical movie-going and remind ourselves why it’s so critical to our society.”

Set in 1982, as all of Staten Island anticipates the opening of blockbuster film, Rocky III, an Italian American family must confront their greatest challenges just like their onscreen hero does. In the end they realize that there is only one way to live: Like there’s no tomorrow. This is the Night stars Naomi Watts, Frank Grillo, Lucius Hoyos (Heroes Reborn), Jonah Hauer-King (Little Women, Howards End), River Alexander (The Way Way Back), Chase Vacnin (The Little Rascals Save the Day) and Bobby Cannavale.

Blum and Sebastien K. Lemercier are producers on the film. Watts and Kate Driver are EPs. This Is the Night is produced by Blumhouse Productions and Man in a Tree Productions.