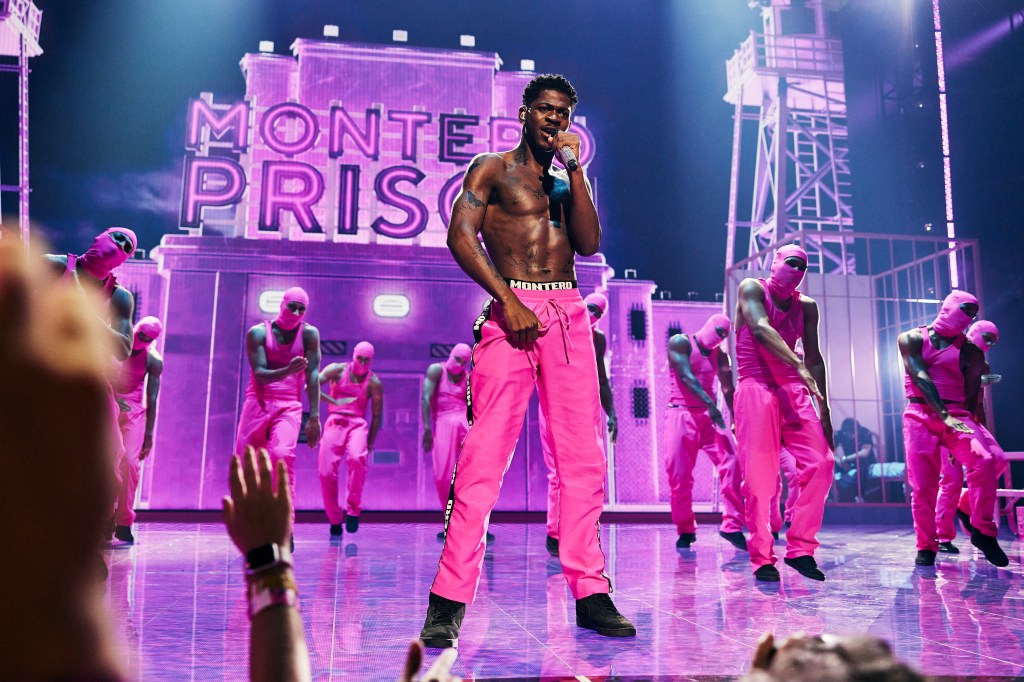 Lil Nas X won the marquee Video of the Year award for his “Montero (Call Me By Your Name)” at Sunday’s MTV Video Music Awards, which celebrated their 40th anniversary with a performance-loaded broadcast at Barclays Center in Brooklyn, NY.

Newcomer Olivia Rodrigo won three Moon Men during the ceremony — for Song of the Year, Best New Artist and Push Performance of the Year. Justin Bieber was also a multiple winner, scoring Artist of the Year and Best Pop Video for “Peaches” along with Daniel Caesar and Giveon. Lil Nas X’s “Montero” also won for Best Director and Visual Effects.

Bieber came in with a leading seven nominations. Megan Thee Stallion came in with the second-most noms, six, but went home empty-handed despite being in the mix for her and Cardi B’s video “Wap.”

Foo Fighters received the first VMA Global Icon Award during the show and performed after being presented by Billie Eilish, who took home the Video for Good trophy for “Your Power.”

The nod to the past of the VMAs included appearances by Madonna and Cyndi Lauper at the top of the show, as well as by original Van Halen frontman David Lee Roth to present the Video of the Year winner. The first video played on MTV, the Buggles’ “Video Killed the Radio Star,” played over the closing credits.

VIDEO OF THE YEAR

ARTIST OF THE YEAR

SONG OF THE YEAR

PUSH PERFORMANCE OF THE YEAR

GROUP OF THE YEAR: BTS