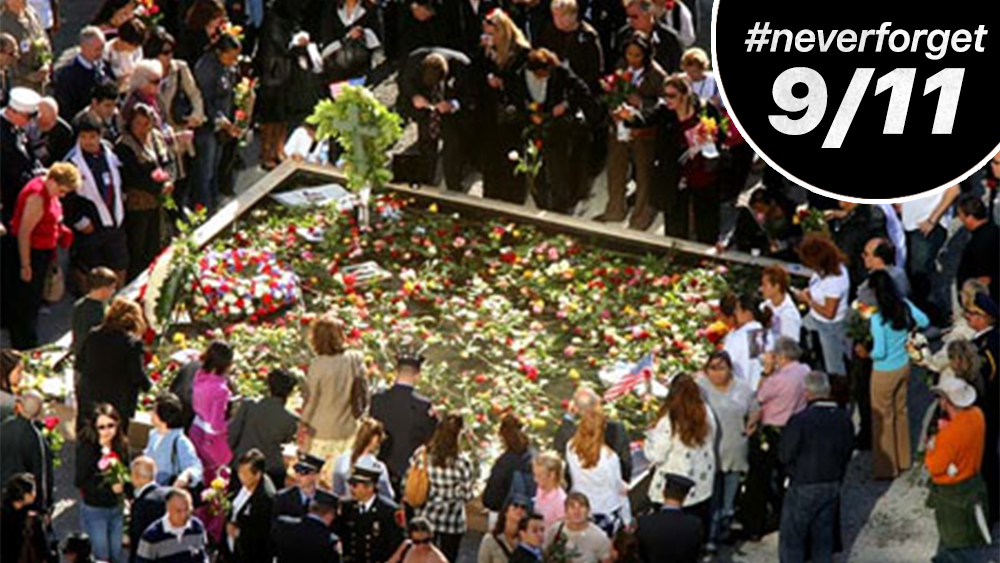 Editor’s note: One in a series of stories tied to the 20th anniversary of 9/11.

The idea came from Michael Bloomberg who, shortly after being sworn in as mayor of New York on January 1, 2002, set out to create an annual commemoration. Upon recommendation by Jeffery Katzenberg, Bloomberg’s Deputy Mayor, Patti Harris, invited veteran live event producer-director Don Mischer to come to New York and meet with the mayor about helping to create the event. Mischer and fellow producer David Goldberg have been helming the commemoration ceremony since its inception.

“It wasn’t easy – there was no precedent for it. Yet through time, this commemoration has become increasingly important to the families of those we lost on that tragic day, and a annual tradition for the people of New York,” Mischer said.

The event, which opens Ground Zero to families of the victims, follows the same steps every year. It begins with ceremonial pipes and drums escorting the tattered World Trade Center flag, followed by reading of the names of all 2,986 victims and tolling of bells to mark moments of silence.

“To this day I still get a pit in my stomach as I count down to the first bell marking American Flight 11 hitting the North Tower at 8:46am,” Mischer said. “We continue with the moments of silence: 9:03am when the second plane hit The South Tower, 9:37am when third plane flew into the Pentagon; 9:59am when The South Tower fell, 10:03am when passengers aboard flight 93 heading to Washington DC, stormed the cockpit, taking over the plane which ultimately crashed in Shanksville, Pennsylvania and finally, 10:28am when the North Tower fell.”

While the six markers of the ceremony have remained the same for 20 years, its backdrop has changed.

“We started with an open pit, a giant hole in the ground and through the years we have seen debris removed, new excavations, construction on the new memorial museum and foundations, and by the time we got to 2014 a finished museum with the reflecting pools was opened by President Obama and Michael Bloomberg on May the 15th,” Mischer said. “The other change was watching the families themselves change. David and I watched the children of 9/11 continue through life. Through the years, I feel like I’ve gotten to know these families. In the first years young children would be holding up homemade signs like ‘I miss you Mom’ – We’ve watched them grow up to be resilient adults with their own families. Now we hear them say things like, ‘Dad, you’ve got a new Grandson and we named him after you.’ These families have inspired me because they persevered and never gave up. They found a way to move forward in their lives with courage and compassion for one another.”

There have been a number of poignant moments during through the years that Mischer recalls.

“One I will never forget is the first commemoration,” he said. “Yo-Yo Ma was playing Bach’s First Concerto for Cello with the Juilliard Quartet as the families (some with flowers) walked down the ramp to the dusty floor below. Suddenly, a fierce wind whipped up at the bottom of the pit. It was sudden, shocking, and ferocious. The dust from the bottom of the site started circling like a dust tornado rising hundreds of feet up into the sky above Ground Zero. The Juilliard Quartet stopped playing because their music stands were blown completely off the stage, but Yo-Yo knew the music by heart and kept playing. The wind was so fierce that Yo-Yo at times could not keep the bow pressed to his strings, but he played on. The families were stunned. I watched their faces… it was as if a message had been sent to them by their loved ones.”

The 20th annual commemoration at Ground Zero tomorrow “will be a quiet understated ceremony with emotional performances,” Mischer said.

President Biden and other past presidents will be in attendance.

“But in the end, this event is held for the families,” Mischer said. “The commemoration has become an integral part of their lives. When they gather together they share a common bond and remember.on the sacred ground of Memorial Plaza, they feel a common bond share their hope and healing in looking to the future.”