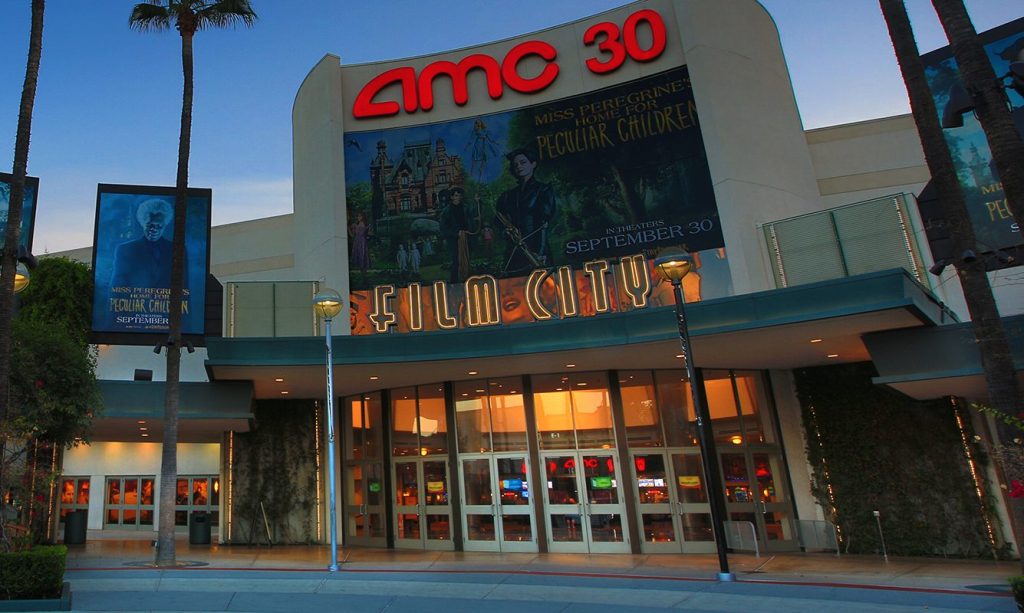 In the wake of Disney’s record breaking Labor Day weekend with Shang-Chi and the Legend of the Ten Rings, the No .1 movie circuit in the world, AMC Theatres, is launching the first ever $25M+ multi-media ad campaign “AMC Theatres. We Make Movies Better” featuring Oscar winner Nicole Kidman.

It’s hard to think of the last time –or ever– when a national movie chain literally ran network TV spots to encourage those on the couch to get out, and head to the movies. It is rather unprecedented, and AMC has booked a big star here. Kidman is a smart choice for the TV spots, aimed right at the older female demographic, who has been hesitant to return to cinemas during the pandemic. Note, there reportedly hasn’t been a recorded Covid outbreak case at any movie theater worldwide, and coming out of CinemaCon, exhibitors wanted to make the message known that going to the movies is substantially safer than eating at a restaurant or attending a sporting event.

Some may criticize that such an exhibition campaign was needed a year ago, when Tenet first reopened theaters and many were unsure if their local movie theater was open or not. However, at the time, box office hot spots Los Angeles and New York weren’t open, and unfortunately in the wake of the Christopher Nolan film’s lackluster release, studios vacated the Q4 theatrical release calendar. Nonetheless, on the wings of Shang-Chi and heading into a blockbuster Q4 with Venom: Let There Be Carnage, No Time to Die, Dune, Eternals, Ghostbusters: Afterlife and Spider-Man: No Way Home, AMC’s timing is right. The AMC spots will start airing on Sunday, Sept. 12 with some of the ad spend also going to social and online pushes, the latter of which commence today.

The campaign also will be used in nine countries in Europe by AMC’s Odeon Cinema Group with multiple 60-second, 30-second and 15-second spirited commercials. The ads will also be shown at AMC’s 600 U.S. locations. Directing the spots were two-time Academy Award nominee Jeff Cronenweth and Tim Cronenweth, and they were written by Oscar nominee Billy Ray.

The commercials all were filmed on location at one of AMC’s newest theatres, AMC Porter Ranch 9, just north of Los Angeles.

Commenting on the exhibitor’s historic campaign, Adam Aron, Chairman and CEO of AMC said, “As we have said repeatedly of late, thanks to the billions of dollars we have raised this year, AMC is strong, and it is time for AMC to play on offense again. This first-of-its-kind $25M+ million national advertising campaign will reinforce what movie lovers in the United States and around the world know to be true, that at AMC Theatres ‘We Makes Movies Better.’”

Aron added, “For more than a century, movie theatres have not only survived but thrived. Through all the changing times in the world, through prosperity and despair, through emerging technology and expanding entertainment options and despite repeated imminent threats to the cinema business over the decades, movie theatres have remained a vital part of the cultural fabric of our society the world over. Especially in recent years, AMC and other theatre chains have
introduced sophisticated marketing programs to ensure our theatres are relevant. However, relying on ‘what’s always worked before,’ cinema operators have counted on others to undertake significant television advertising campaigns to drive audiences into our buildings. With all the change occurring in these uncharted waters in which we now navigate, we believe it is high time for an industry leader like AMC to go on television to remind today’s audiences of the magic that can only be found in a movie theatre and at AMC, with our big seats, our big sound and our big screens.””

Aron concluded, “No one says it better than Nicole Kidman when she points out how special it is to see ‘dazzling images on a huge silver screen.’ We are ever so grateful that Nicole brought her astonishing talent to AMC. We are also appreciative to the Cronenweth’s for the beautiful direction and cinematography they brought to this project. Similarly, our hat is off to Billy Ray, whose scripts perfectly capture the allure and appeal of watching movies where they were meant
to be seen, at a theatre.”

Below is AMC’s spot:

Tennessy Thoreson Asks, ‘Why Be Boring When You Can Be Extra?’
Halle Berry Sent Love To All The Oscar Nominees, But Especially These Badass Ladies
Cancellations Of Completed Seasons Of TV Series; Experts Weigh In On Whether Trend Will Continue
Joe Rogan defends WatchMojo! #shorts
Olivia Wilde and Ex Jason Sudeikis Hug It Out Months After Nanny Drama