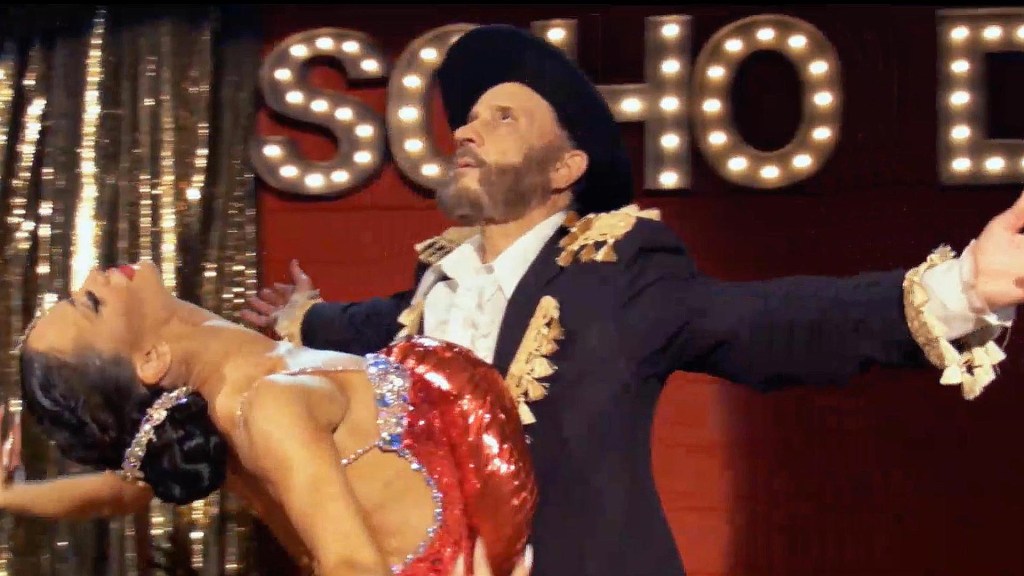 Tango Shalom — where a female Tango dancer (Dancing with the Stars champion Karina Smirnoff) invites an Orthodox Jewish Rabbi (Jos Laniado) to enter a televised dance competition — was an arthouse standout this weekend with a per screen average of over $4,000 at four theaters in New York and LA. The solid performance in a generally dour specialty market shows the power of older demos when they want to come out, nudged in this case by a targeted postcard mailing blitz, according to Atlas Distribution President Harmon Kaslow.

He thinks the comedy, directed by Gabriel Bologna with a sweet message and a star (Lainie Kazan) and producer (Joel Zwick) from the 2002 breakout hit My Big, Fat Greek Wedding, also benefitted from an exclusive theatrical run. Distributors have been noting the one-two boon of a decent window (60 days in this case) and strong marketing to gin up box office dollars for good specialty films in the current climate of lingering Covid.

Tango Shalom will expand to 20 markets next weekend, staying in New York and Los Angeles. Rosh Hashanah, the Jewish New Year holiday, starts Monday night and word of mouth in temple and family gatherings certainly won’t hurt. The film will expand to other markets thereafter, “If we can show support, that there’s interest … This was to put our toe in the water and find the audience and have it respond. And we are prepared to continue to support it,” Kaslow said. The film found opening success with a geo-targeted postal service campaign in areas around the theaters that’s “really designed to get in front of the older audiences … with a postcard instead of relying on social media so heavily.”

“This is the sort of audience that if you give them a postcard, they will look at it. And it’s a really funny trailer. We got a shot, as long as they are not afraid to come back to theaters.”

Regarding windows, “On a personal level, when I see these movies [available to stream], half of my brain is thinking, ‘I can go to the theater [or] I can watch it online. Now I have another decision to make,’” he said.

Also, “It’s dancing. It’s fun dancing,” he said. Tango Shalom is set in Crown Heights, Brooklyn but is multicultural as the Rabbi, an ace hora dancer who enters the televised tango contest to save his Hebrew school from bankruptcy, approaches other faith leaders for guidance including a Catholic priest (Joseph Bologna), a Muslim imam (Yasir Sitara) and a Sikh holy man (Hamza Zaman). The key conundrum is that his Orthodox religion would prevent him from touching his dance partner,