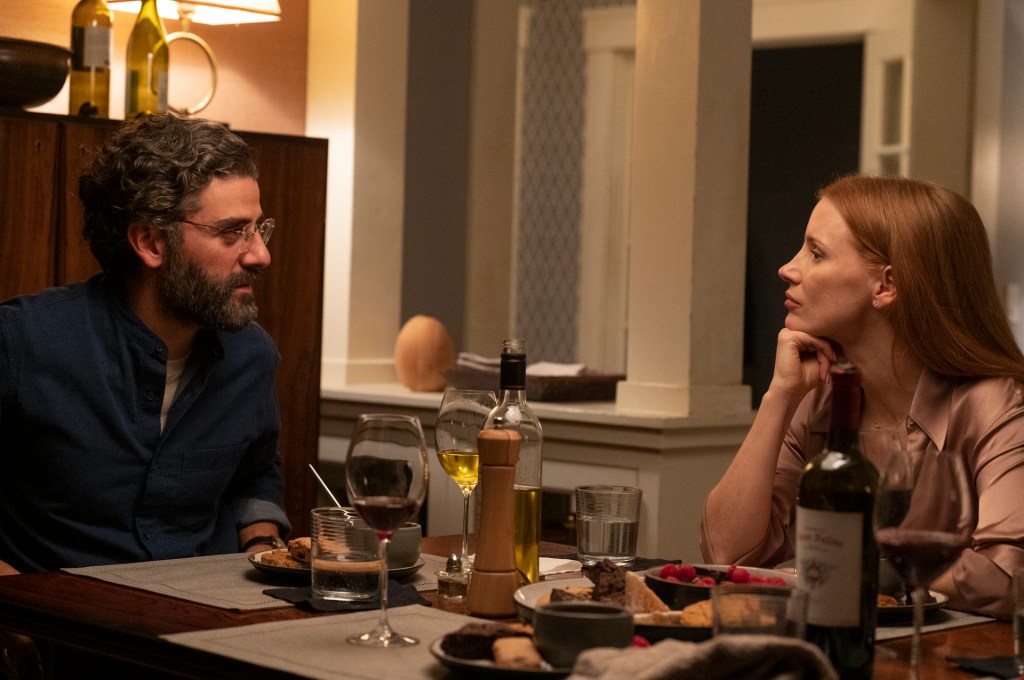 Oscar Isaac and Jessica Chastain spoke this morning about some of the challenges behind new TV drama Scenes From A Marriage which is debuting at the Venice Film Festival.

The new drama heralds from acclaimed Israeli TV writer-director Hagai Levi, known for series including In Treatment, The Affair and Our Boys.

Chastain admitted that the project was an intense one to make: “It felt incredibly exposing”, she said. “It was hard to go home and leave it at work. Part of myself was in it.”

The limited series reunites Chastain and Isaac, who were classmates at Julliard, are longtime friends and starred together in 2014’s A Most Violent Year.

Despite that friendship, the intensity of the show posed unique challenges.

Chastain continued: “We would joke that [the friendship] is a blessing and a curse. It’s a blessing because there’s immediate trust. You don’t have to be worried about offending. You can be very honest. The difficult thing is that at times we were reading each other’s minds. It was like ‘get out of my head’. So, I felt on this job there was no quiet time.”

Isaac — who is also at the festival with Dune and The Card Counter — added: “That’s well said. Professionally, it’s great when you know someone so well because you don’t have to worry about a lot of stuff you usually worry about. However, on something this intense you care about the person so much, because it’s like working with family. If you didn’t know someone so well, getting your own space isn’t so hard.”

Chastain said of the intimate scenes in the series: “In terms of physical intimacy, we had an intimacy co-ordinator and HBO was really great about us all having conversations about what we were comfortable with. Oscar and I are very comfortable with each other so we had our own separate talks. That was helpful.”

She added, laughing: “I would still get embarrassed, though, so bourbon helped a lot. But the level of trust was high.”

Oscar nominee Chastain said later in the press conference: “For me, I’m really excited about looking at the series in terms of gender roles. The original looks at the gender roles in that time period, this version looks at it through the current time period in terms of salary, who is supporting the family, what it means to be a mother, a woman’s relationship to sex, fertility, there are so many aspects.”

Israeli director Hagai Levi explained his inspiration for taking on the series: “I was shocked when I first saw Bergman’s version. I was really young. It made me realize that TV could be art. It became a reference for me when making shows like In Treatment. When I was approached by Ingmar Bergman’s son Daniel I was frightened and excited but knew I had to try to crack it somehow.”

Sunita Mani, Nicole Beharie, Corey Stoll and Tovah Feldshuh co-star in the five-part series which launches on HBO on September 12.