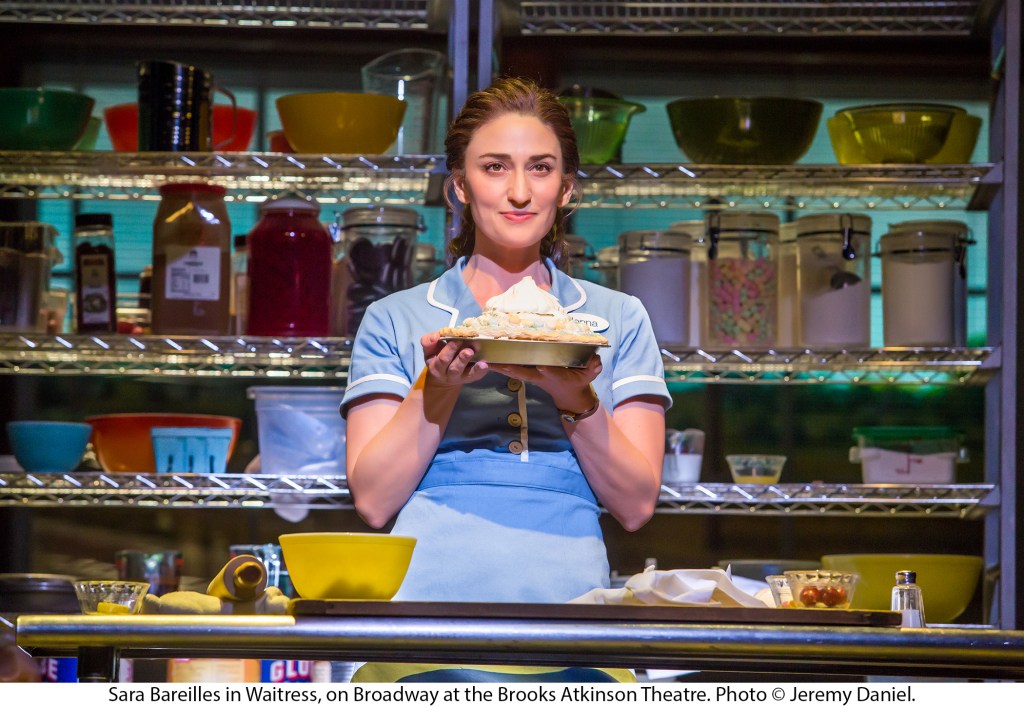 Waitress, the Broadway hit that, along with Hadestown, brought music back to the New York stage last night after many dark months, grossed $197,878 in tickets sales today, breaking the single-performance house record at the Ethel Barrymore Theatre.

The previous record – $184,476 – was set by the 2013 production of Betrayal starring Daniel Craig and Rachel Weisz, back when the top ticket price was around $185, roughly the median price for the $89-$350ish Waitress seats.

Still, with the Thursday night performance a sell-out, and today’s stellar box office response, the numbers are a solid bit of good news for an industry (and a city) that can most definitely use it.

Both Waitress and Hadestown returned to enthusiastic and more-than-appreciative audiences, with standing ovations and tears and full houses setting the tone. At Waitress, the cast led by star and composer Sara Bareilles was joined onstage at curtain by Amanda Kloots, co-host of The Talk whose husband Nick Cordero starred in the original 2016 Broadway production. Kloots joined the cast in a special, post-show performance of “Live Your Life,” a song written by Cordero before he died of Covid last year.

(One of the show’s current cast members was replaced on Thursday night by an understudy after testing positive for Covid; the rest of the cast tested negative.)

Waitress, which initially ran on Broadway from 2016 to 2020, is playing a limited return engagement through Jan. 9, 2022, with Bareilles in the title role through Oct. 17. The current staging is one of more than a dozen shows with returns or openings scheduled through the end of September. (The play Pass Over opened last month, and the limited run of Springsteen on Broadway returned in June.)

The show’s record-setting grosses today were announced by producers Barry and Fran Weissler. The Broadway League, which for years has compiled and released weekly grosses for all shows on Broadway, announced recently that it would not continue the practice this season due to the “staggered roll-out of returning and new productions, and anticipated variations in performance schedules.”

In other words, this short season’s ticket sales can’t be easily or accurately compared to previous seasons for the League’s research and data-keeping purposes. Whether individual productions publicly disclose weekly or daily grosses will be up to producers – and on new house records that want telling.

Knock at the Cabin Featurette – Opportunity of a Lifetime (2023)
Phoebe Bridgers, Blake Mills, Jackson Browne, and More Contribute to New Daisy Jones & the Six Album
Maybe I Do Movie Clip – Invitation to Dinner (2023)
No Big Deal, Just The Rock Doing Crazy Squats With Chains And Less Than 90 Seconds Between Sets
Kelly Clarkson Stalker Arrested Against After 12 Restraining Order Violations