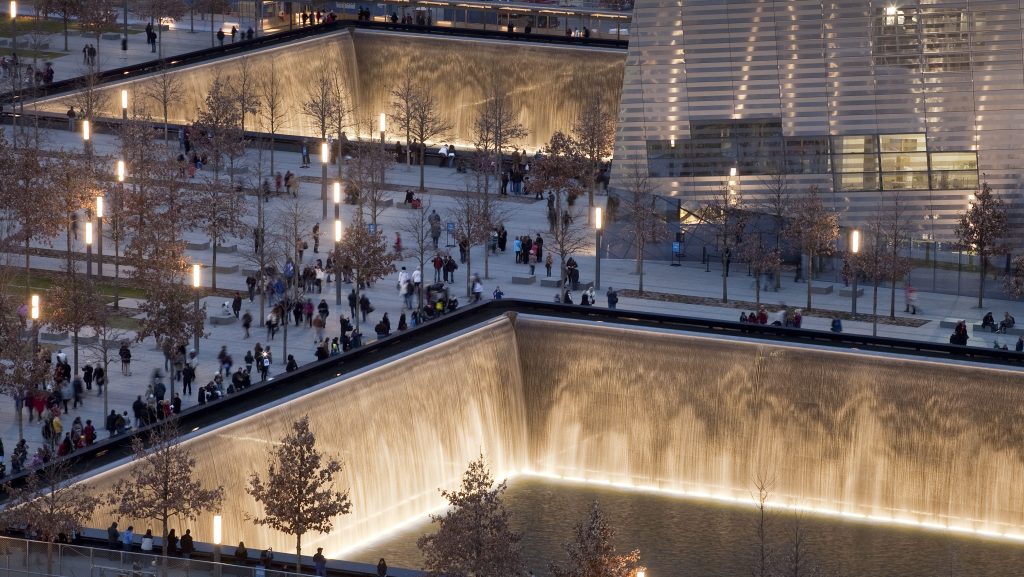 Most of the major networks are going all out next Saturday to cover the 20th anniversary of the September 11, 2001 terror attacks. A least four networks are broadcasting live that day from Lower Manhattan as commemorative events are held at Ground Zero, the Flight 93 National Memorial and other sites connected with the tragedy.

At Ground Zero, family members will read the names of loved ones they lost in the World Trade Center attack. There will be six moments of silence, acknowledging when each of the towers was struck, when each fell and the times corresponding to the attack on the Pentagon and the crash of Flight 93.

The program will commence at 8:30 a.m. ET, and the first moment of silence will be observed at 8:46 a.m. The commemoration is expected to conclude at about 1:00 p.m. Then, at sundown, the annual Tribute in Light will illuminate the sky above Ground Zero.

Politico has reported that President Biden will be in attendance for some part of the Ground Zero observances on Saturday, but the White House has not confirmed that.

Below is an outline of what the networks have planned on this national day of mourning.

CNN
The network will have live coverage of events in New York City, Pennsylvania and Washington, DC.

FOX NEWS CHANNEL
Fox News will air the moments of silence corresponding with the attacks “beginning in the 8 a.m. ET hour.”

The Five – The Fox News roundtable will air live from Citi Field ahead of the MLB’s New York Mets versus New York Yankees game, preempting regularly scheduled programming. Former Mets’ manager Bobby Valentine and retired Mets’ player Mike Piazza, both whom were with the team in 2001, are scheduled to join. Airs: 5 p.m. ET

NBC
Today – Savannah Guthrie and Hoda Kotb will anchor a special edition of the show starting at at 7 a.m. ET.

NBC Nightly News – Lester Holt will round out NBC’s programming from Ground Zero.

James Cromwell Gets Emotional While Talking About How He Came Up With His Famous ‘That’ll Do, Pig’ Line In Babe
Alec Baldwin And Rust Armorer Officially Charged With Involuntary Manslaughter
Critics Think Tom Brady’s 80 For Brady Movie Is OK, But The Fans Seem To Be Loving It
Jay-Z, DJ Khaled, and More to Perform “God Did” at the 2023 Grammys
2 Fast 2 Furious Legacy Trailer (2003)