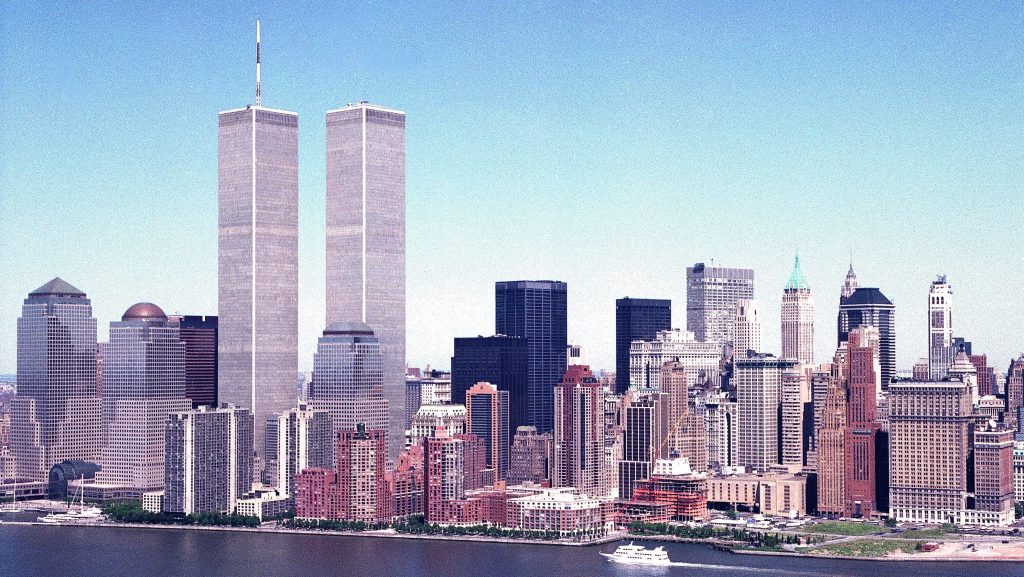 There are multiple ceremonies planned for Saturday, September 11, to mark the 20th anniversary of the 9/11 terrorist attacks. But before then, all the major networks and streamers are rolling out programming to commemorate the lives lost and provide perspective on one of the darkest days in U.S. history.

For an exhaustive schedule of 9/11 programming leading up the anniversary, see below. For coverage specific to Saturday and the ceremonies and events taking place on the actual anniversary, see our companion piece.

GMA3: What You Need to Know – ABC’s afternoon offering will host a panel discussing Islamophobia and two 9/11 survivors who met and became friends for life. Amy Robach and T.J. Holmes will anchor from Ground Zero on Friday. Airs: 10/6-10, 1 p.m. ET, 12 p.m. CT/PT

The View – The co-hosts who were on air reflect on that morning 20 years ago, including what it was like in the New York City studio as the tragedy unfolded and the their reactions in the moments following the terrorist attack. Airs: 10/10, 11 a.m. ET, 10 a.m. PT

Women of 9/11: A Special Edition of 20/20 with Robin Roberts – Robin Roberts tells the stories of first responders, survivors and family members who have found strength and purpose in the decades since the attacks. Debuts: 8/8 9-11 p.m. ET

20/20 Specials – World News Tonight‘s David Muir reports on how the events of September 11, 2001 forever changed the world. Diane Sawyer brings together the children of nearly 40 families who lost fathers in the attacks, whom she has followed through the decades, to reveal the reasons for their resiliency and hope. Debut: Muir 9/10, 9-10 p.m. ET; Sawyer, 10-11 p.m. ET

AMAZON MUSIC
9/12 – A seven-episode, narrative, non-fiction podcast focusing on what happened the day after the attacks. Debuts: 9/1

APPLE TV+
Come from Away – The Apple Original Films adaptation of the hit Broadway musical. Debuts: 9/10

9/11: Inside the President’s War Room – Narrated by Jeff Daniels, the doc recounts the 12 hours after the strike from the perspective of the 43rd president’s inner circle, including then-President George W. Bush himself. Debuts: 9/11

CNBC
Business Day – Throughout the week leading up to the anniversary, Business Day will focus on Lower Manhattan’s economy since the terrorist attacks, long-term healthcare for 9/11 those impacted by 9/11 and the financial toll the attacks have taken on survivors and families of 9/11 victims.

The News with Shepard Smith – Smith will do a special live show from Lower Manhattan.
Vicky Nguyen will look at how the residents of Chinatown were impacted over the past two decades and why their story has been so under-reported. Live Show Airs: 9/10

CNN
9/11 – With an introduction by Denis Leary, CNN Films Presents an updated version of the Emmy-winning 2002 documentary by the Naudet brothers, who had the only film crew inside the Towers during the tragedy. They also caught unique footage of the evacuation and the attack itself. Airs: 9/5, 8 p.m. ET

Front Row to History: The 9/11 Classroom – Victor Blackwell presents this CNN Special Report looking at the moment President George W. Bush, sitting before a class of 2nd grade students in Florida, was told a second plane hit the World Trade Center. Blackwell’s report features exclusive interviews with the students and teacher who were there that day. Debuts: 9/5, 10pm ET

9/11, 20 Years Later: Remembrance and Ramifications – The network’s Dana Bash, Wolf Blitzer, Jim Sciutto and Clarissa Ward will take part in a virtual event, offering reflections on 9/11 and sifting through the aftermath of America’s involvement in Afghanistan. Live: 9/9, 12 p.m. ET on CNN.com.

America’s Longest War: What Went Wrong in Afghanistan – Jake Tapper speaks with the generals who led U.S. forces in Afghanistan over two decades, including McChrystal, Petraeus, Allen, McKiernan, McNeill, Eikenberry and Lt. Gen. Barno. Tapper also speaks with veterans and a former Afghan ambassador to the U.S. for their perspectives. Debuts: 9/12, 9 p.m. ET

DISCOVERY+
No Responders Left Behind – Discovery+ presents Jon Stewart’s documentary focused on the aftermath of the terrorist attack. Airs: 9/9

Rebuilding Hope: The Children of 9/11 – Magnolia Network will debut the documentary, directed by Academy Award and Emmy Award-winner Ellen Goosenberg Kent. The film tells the stories of four families with children who were born after their fathers died on September 11. Debuts: 9/7

FOX NEWS
Fox & Friends, America’s Newsroom, The Faulkner Focus & The Story will all have special live coverage related to the anniversary from the Pentagon, Ground Zero and the White House throughout the day on 9/10.

Lost Calls of 9/11 – Anchor Bill Hemmer tells the story of a Houston man who purchased a piece of used computer equipment without knowing that it contained 103 never-heard-before calls from a trading room floor across the street from the World Trade Center on the morning of September 11th. Debuts: 9/5, 10 p.m. ET

I Can Hear You: President Bush at Ground Zero – A Fox Nation documentary hosted by Martha MacCallum focusing on then-President George Bush’s visit to Ground Zero, and his impromptu speech there that became an important part of America’s response to the attacks. Debuts: 9/10

Countdown Bin Laden: Based on his book of the same name, Fox Nation will present Chris Wallace’s examination of a little-known meeting between three CIA officers and agency Director Leon Panetta in August 2010. Their conversation centered on a courier with deep Al Qaeda ties and a mysterious three-story compound at the end of a dead-end street in Abbottabad, Pakistan. It turned out that the compound housed Osama bin Laden, and the meeting set off a 247-day pursuit of the Al Qaeda leader that ended in his death.

THE HISTORY CHANNEL
9/11: The Legacy – Eight children lost their lives and more than 3,000 kids lost a parent in the attacks of September 11, 2001. The History Channel tells the stories of those who were lost and those who survived in this one-hour documentary. Debuts: 9/10, 7 p.m. ET/PT

Four Flights – This the two-hour documentary unveils “surprising connections, strange coincidences and detrimental decisions” that impacted travelers aboard American 11, United 175, American 77 and United 93 – and America as a whole – on September 11, 2001. Debuts: 9/11, 8 p.m. ET/PT

9/11: I Was There – I Was There is a unique docuement of the events of September 11 captured by ordinary people who chose to pick up their video cameras and capture the events of that dark day. Told “in the moment without interview, commentary or narration,” I Was There weaves together personal video from a dozen people. Debuts: 9/11, 10 p.m. ET/PT

MADISON SQUARE GARDEN
NYC Still Rising After 20 Years: A Comedy Celebration – Jon Stewart, John Davidson and many others team up for a night of comedy in New York City benefitting various 9/11 charities. Date: 9/12

MSNBC
Memory Box: Echoes Of 9/11 – Called “a film about what people felt,” Memory Box weaves together eyewitness accounts of that day that were captured as part of an artist’s project. Debuts: 9/8, 10 p.m. ET. Also on Peacock.

NATIONAL GEOGRAPHIC
9/11: One Day in America – A six-part series, produced in official partnership with the 9/11 Memorial & Museum, 9/11: One Day in America chronicles the events of September 2001 from the perspective of first responders and survivors. Debuts: 8/29, 9 p.m. ET/8 p.m. CT. Episodes available the following day on Hulu

NBC
NBC Nightly News – The network’s flagship will have an exclusive interview with the first FDNY chief who arrived on the scene at the World Trade Center. Portions of the sit down will also air on Today. Anchor Lester Holt will share a series of essays related to the anniversary. Kate Snow will investigate an organization accused of mishandling health care for 9/11 survivors. Other reports will cover mental health care for members of the military, efforts to identify remains from the attacks and how thinking about national security has changed in the past 20 years.
Today – Savannah Guthrie will interview kids of first responders who lost their parents on 9/11 and then went on to become first responders themselves. Jenna Bush Hager will speak with children who lost family members on 9/11 who attended “America’s Camp,” which was started in the wake of the tragedy.

Turning Point: 9/11 and the War on Terror – A five-part docuseries from director Brian Knappenberger is a chronicle of the September 11, 2001 attacks on the U.S. Debuts: 9/1

PBS
America After 9/11 – A new, two-hour Frontline special examining the U.S. response to the terrorist attacks and devastating consequences across three presidencies. Debuts: 9/7

START TV NETWORK
Remembering 9/11: Reflections From Those Forever Changed – This hour-long special highlights women who were forever changed by the terror attacks 20 years ago. It seeks to honor those lost and highlight the struggle of their loved ones who continue to keep their memories alive. Debuts: 9/5, 11 p.m. ET

WONDRIUM
Reporting 9/11 and Why it Still Matters – A account of that tragic day through the eyes of reporters, from the attack sites to traveling with President Bush and aboard Air Force One to Ground Zero to the Pentagon and the fields of Shanksville. Debuts: 9/1

Women Journalists of 9/11: Their Stories – Allison Gilbert narrates this exploration of contributions made by female journalists who covered 9/11, the event’s impact on their personal lives and careers and how coverage has changed as a result. Debuts: 9/1

WORLD CHANNEL
Stories from the Stage: Changed Forever – After the death of his father, David Filipov goes to Afghanistan, psychology professor Michael Sargent confronts his biases on an airplane and Jude Treder-Wolff finds seeds of hope to fuel her work as a therapist. Debuts: 9/6, 10 p.m.